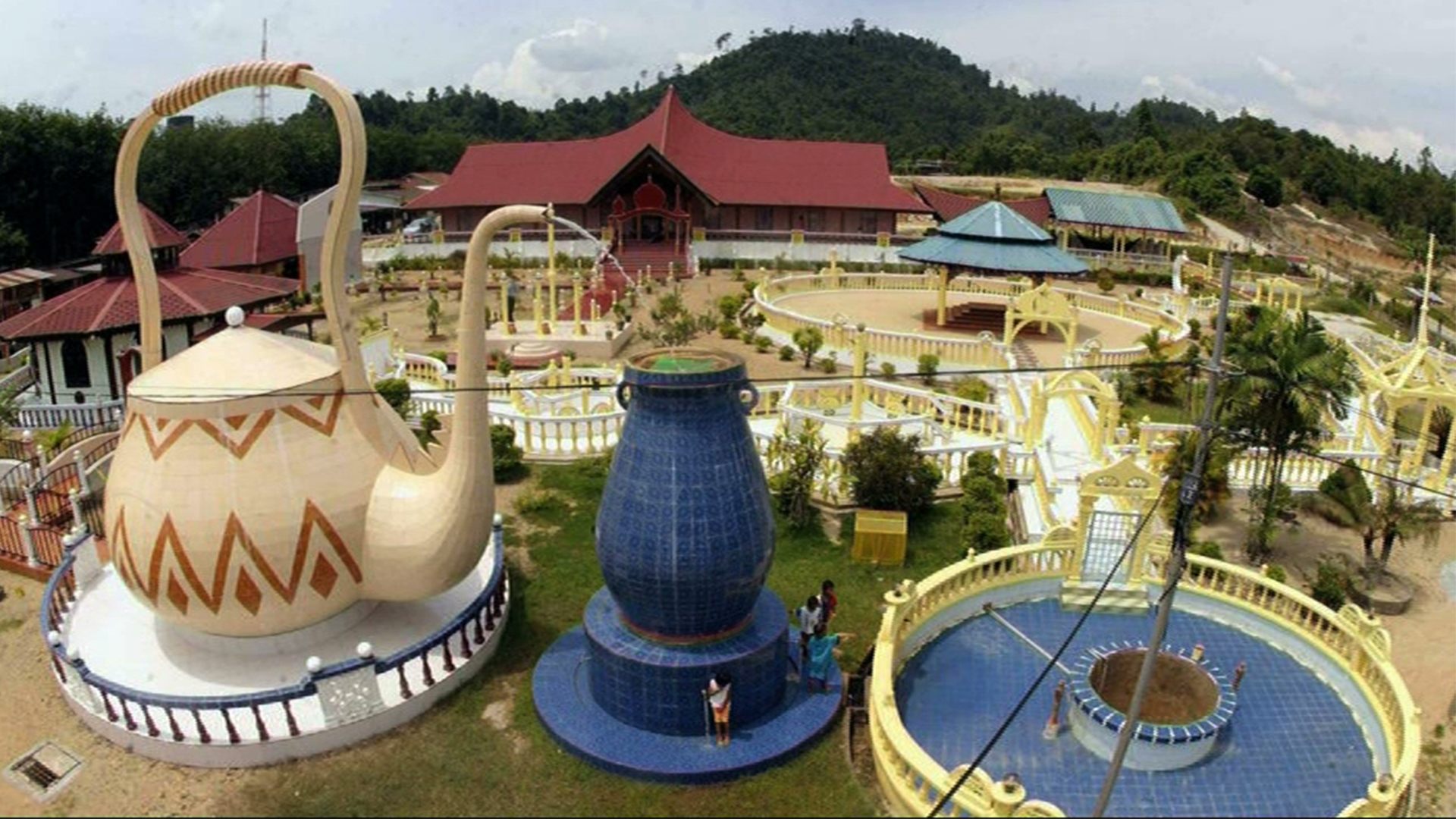 Welcome to Sky Kingdom, a religious Disney Land of oversized teapots and 20ft gold umbrellas. This multi-faith sect is unsettling the Malay government and is testing the boundaries of religious freedom.

The group claims that their leader Ayai Pin can kill with a look and has the power of invisibility. Their aim was to "unite humankind, regardless of race or religion". But in July 2005 an armed mob of Muslim locals went on a rampage, furious at the 'deviant' beliefs of the sect. Here we meet Sky Kingdom's remaining members, mourning the destruction of their place of worship, and for some, suffering an ongoing struggle against persecution for their religious views. But although the sect's religious ground has been destroyed, their spirit has not, because as one member explains "these are only structures, this is not life." keywords: quirky, bizarre
FULL SYNOPSIS
TRANSCRIPT