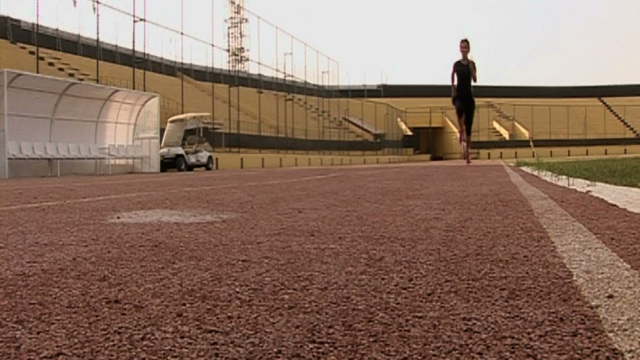 Under Saddam's regime, many athletes faced torture on whim. Now, they must face new adversities. Power struggles between the old and new regimes could jeopardise the athletes' ticket to the Olympics.

The Saddam era Iraq Olympic Committee is hamstrung by Sunnia/Shia rivalries. "If I don't take part, if I'm banned, really, I'll be destroyed," says athlete Dana Hussein. "There is no support, either from the Olympic Committee or the Judo Association," reflects one Iraqi. If the new Ministry for Youth and Sport succeeds in dissolving the National Olympic Committee, Iraq could be suspended from competing. However signs suggest that even if the government refuses to back down, Iraqis may still be allowed to compete as individuals. For athletes like Dana, renouncing is not an option, "I will not stop training even for one day. I will go to the Olympics."
FULL SYNOPSIS
TRANSCRIPT