How J.F.K. is remebered 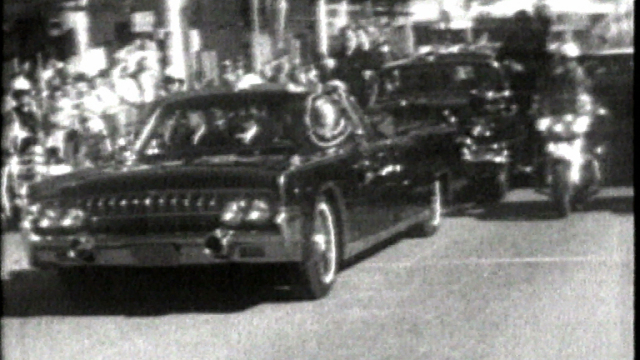 With its gripping archive footage, this film offers a contemporary insight into the American public's enduring love for Kennedy.

November 22nd 1963 - almost everyone in the world knows what they were doing the day JFK was assassinated. Thousands now flock to where Lee Harvey Oswald fired those three famous shots, to recreate that day, to piece it together like a macabre jigsaw, even drive the route that JFK's car took through the streets of Dallas, Texas. The $25-a-head, open-air JFK limousine experience becomes very oppressive for many clients: "I have this feeling of impending doom," says Paula. The heart-wrenching gun-shots replayed in the JFK tour were still a big surprise, enough to leave this grown woman in tears. "It's the finality which is so shocking". For her and many others, the words that end the JFK tour, "The President of the United States is dead" are as poignant now as they were in 1963. Produced by Marion Mayor-Hohdahl
FULL SYNOPSIS
TRANSCRIPT