Fear and Foreigners in South Africa 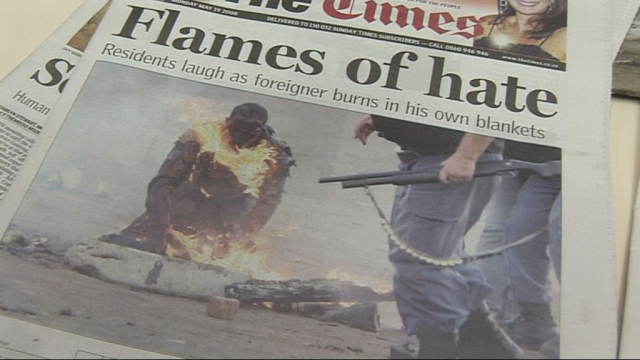 Tensions continue to run high in South Africa, after a wave of xenophobic violence against immigrants has left at least 62 people dead.

The attacks were driven by deep seated resentment towards new immigrants - who many poor people believe are taking away their jobs and housing. "Here we are fighting with the foreigners right now because we don't want the foreigners here because we have got no jobs", says one local. It's a tough decision though for the large Zimbabwean community, who must choose between random violence in South Africa or poverty and political instability at home. While the military has now been called on to the streets of Johannesburg to restore peace and order, the government is still struggling with the larger problem - how to ease the tension between its angry citizens and desperate immigrants.
FULL SYNOPSIS
TRANSCRIPT