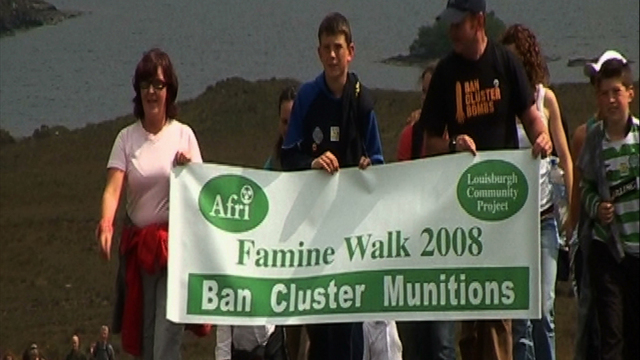 They hang from trees, they lay where children can pick them up and they kill and maim indiscriminately years after a conflict has ended. We're talking about those awful cluster bombs.

In Dublin, more than a hundred nations sat down to thrash out a ban on this most insidious of weapons. Watching proceedings closely were 300 cluster bomb survivors and anti-bomb activists from around the globe, including an Australian called John Rodsted. Meet John Rodsted, a Nobel Peace Prize winner and Australian anti cluster bomb campaigner making headlines around the world. We follow Rodsted on the road in Ireland, where he clearly had the Australian Government squarely in his sights.
FULL SYNOPSIS
TRANSCRIPT