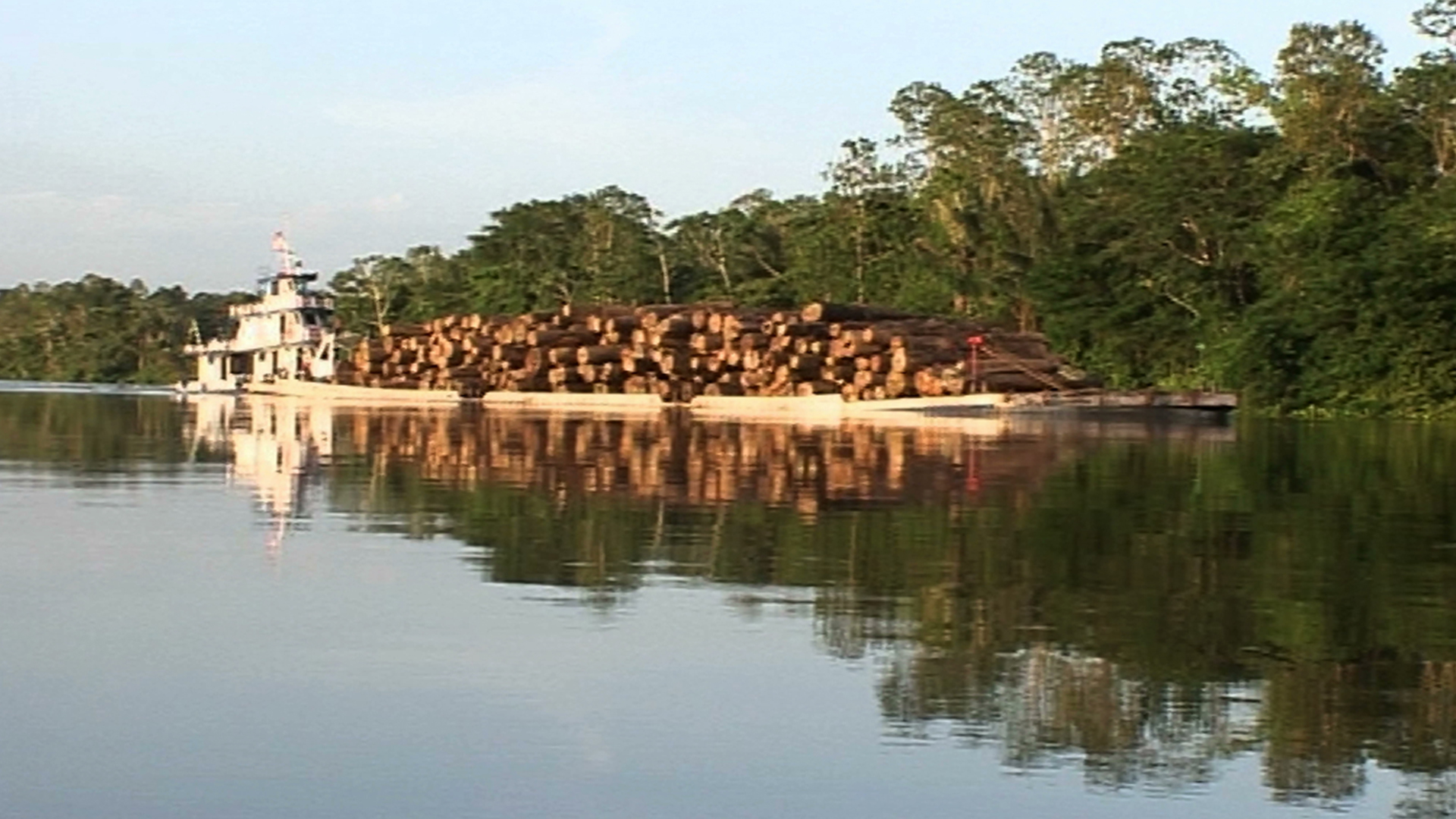 After years of decreased logging, the land-grabbers and profiteers are returning to the Amazon basin. Timber companies claim areas of forest, burn villages, fell trees and sell on the land as pasture.

Often they carry fake papers and claim to represent the government. More disturbingly, locals say that the loggers are being shielded by the authorities. When Rosa Viegas's community blockaded the river to halt logging they hoped the police would come. But, says Rosa, when the police arrived they 'put guns to our heads with their fingers on the trigger and told us to keep quiet'. Yet many villagers are fighting back. When an illegal shipment of timber was burned, loggers began to fear a local uprising. 'They were really angry', laughs Domingas De Olivieras, 'they would pass by and call 'Barge Burners' - but they were too afraid to stop'.
FULL SYNOPSIS
TRANSCRIPT