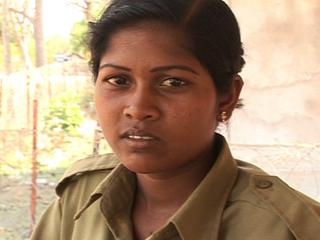 It is described as an economic miracle and celebrated as the world's largest democracy. But away from India's booming cities, poverty and despair are creating a violent wave of Maoism.

At a hidden training ground in the jungle, a Maoist commander drills new recruits, many still children. 'Long live Marxism, Leninism and Maoism! Death to Imperialism!' they chant. Maoists - known in India as Naxalites - now influence more than a third of the Indian subcontinent. Human rights activist Himanshu Danty suspects things will only get worse; 'The Maoists are winning', he says. The Maoists have bombed buses, railways and schools. They attack villages, raping, burning and murdering villagers, sometimes in revenge for betrayals, often just to intimidate. The Salwa Jadum, a state-sponsored vigilante group, is fighting the Maoists. 'Most of their families have been killed by Naxalites so they have that anger in them', says Superintendent of Police Rahul Sharma. But their aggression is often vented on former victims of the Maoists. In Salwa Jadum 'safe camps' villagers are beaten and escapees tortured, raped or even killed. 'By creating the Salwa Jadum' says campaigner and writer Arundhati Roy, 'it's like pouring poison into the veins of society, and once you've done it it's very hard to come back'.
FULL SYNOPSIS
TRANSCRIPT