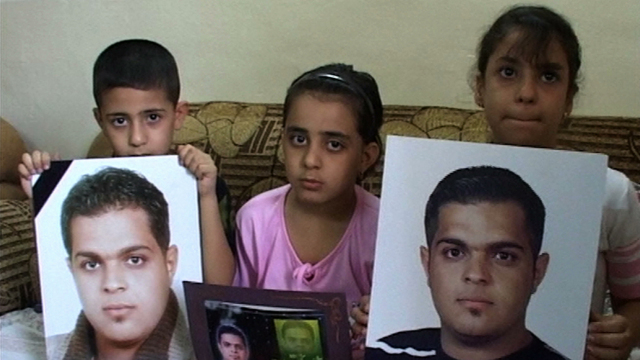 With talk of peace, Fouad Hady returns home to Baghdad to see how life has changed. He finds Karrada, a once affluent and peaceful district, plagued by power cuts and the constant threat of attack.

Being close to the Green Zone and home to politicians, Karrada's become a target for insurgents. "Karrada was really safe before... but not now. I go out thinking there's a car bomb...it's scary," tells Hanan, a local artist. She's terrified to leave her home, after a shell hit her house and killed her friend's children. Street sellers are the most at risk from insurgents, yet since the US invasion, more people have taken to Karrada's streets trying anything to make a living. "If you go out in the morning you don't know if you will return in the afternoon." The people Fouad films show how painful life is for ordinary Iraqis, from the mother mourning her Iraqi soldier son killed by the US army, to the generator repair man who won't charge for his work. "Some say things are getting better in Baghdad. But after two weeks in Karrada I'm not so sure."
FULL SYNOPSIS
TRANSCRIPT