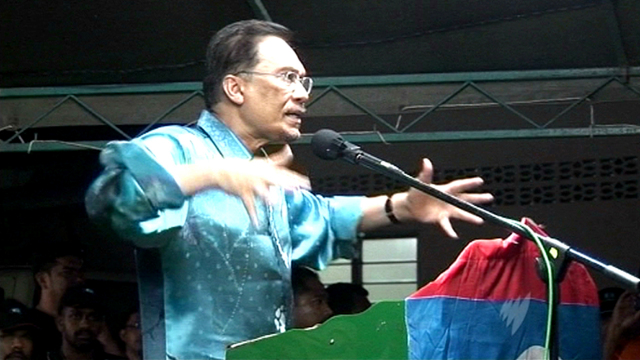 Anwar Ibrahim is storming local elections, and vows to topple the government by September 16th. He has a prison record for sodomy and is loathed by parliament, but the man they call Mr Unstoppable is rising fast.

Ten years ago Ibrahim was accused of sodomy, imprisoned and tortured. 'The government said he is a sex maniac... not just with men but women', recalls his wife. This should have been the end of his career. But Ibrahim's attacks on government corruption and promise of equal rights have made him a hero. Now September 16th is looming, and everything is on the line. 'If Anwar doesn't form the government, Anwar will be in goal', says one journalist.
FULL SYNOPSIS
TRANSCRIPT