Fruits of the Revolution 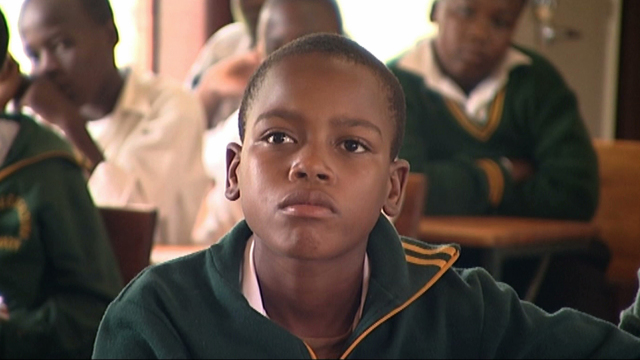 A huge percentage of black South Africans remain unemployable, due to their lack of a good education. But thanks to people like James Motlatsi, founder of an education enterprise, the country's uneducated have new hope.

The apartheid left South Africa's black population struggling without a proper education, "black workers were prevented by law...from acquiring certain skills" explains Cyril Ramaphosa. Yet some of the country's new black elite are determined to give something back. After working in the mines, James Motlatsi is now President of the National Union of Mineworkers and has formed an education foundation. "People like James Motlatsi play a critical role in helping to take this country forward," claims Ramaphosa. Motlatsi believes "we must make sure that education becomes available for everybody, in particular children who are coming from the most disadvantaged communities and families."
FULL SYNOPSIS
TRANSCRIPT