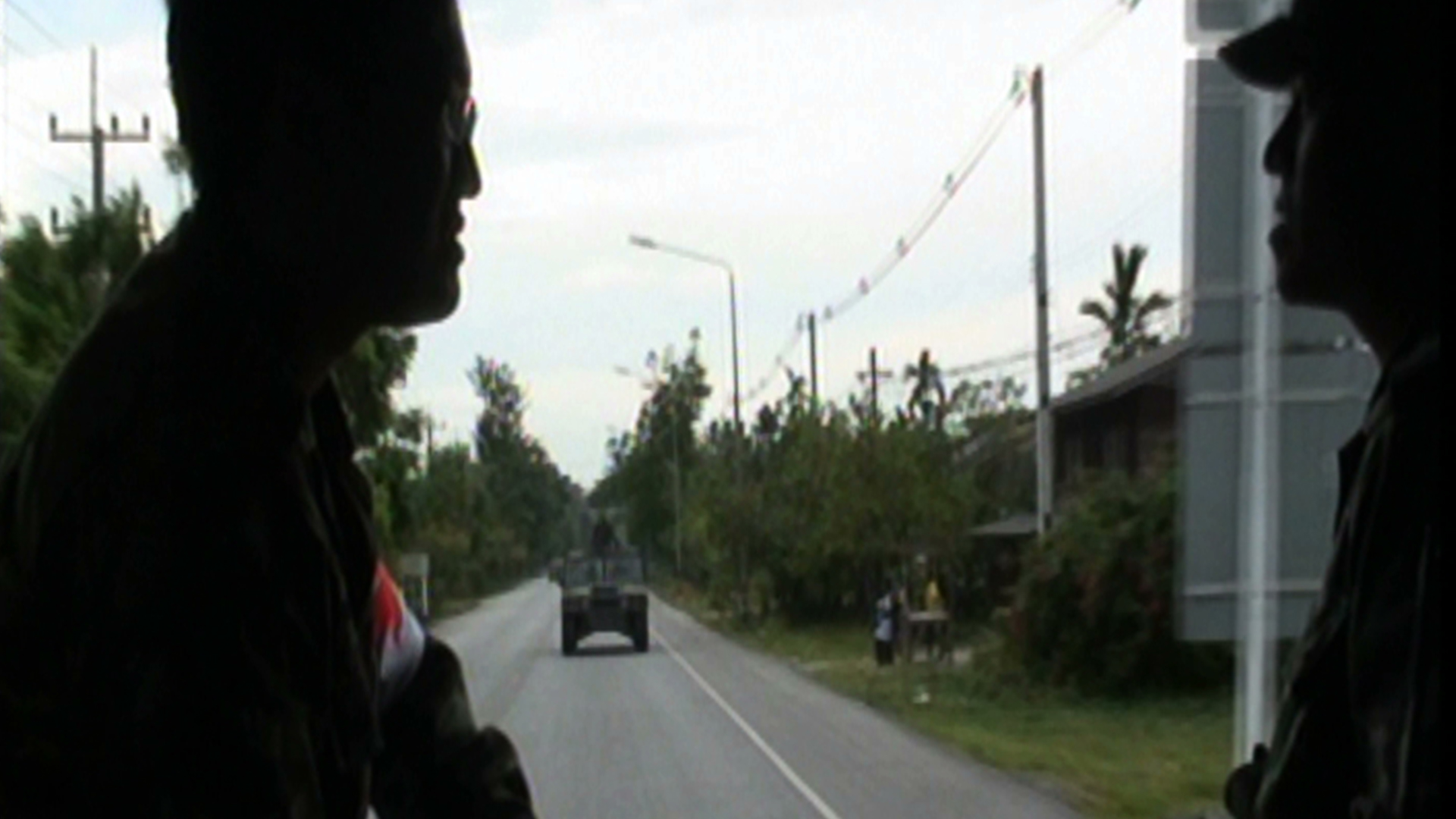 Tensions reach boiling point when villagers claim that the authorities have attacked a Muslim school. "The bullets came from the back, through the wall and out", says the headmaster. "The cylinder was full of gas and a child was hiding behind it". Retaliation is swift. A roadside bomb explodes beneath a passer-by. As rescuers lift the injured man into a van, bullets rain down on them. At night, Buddhist volunteers man roadblocks in an attempt to counter the Islamic separatists. One is a 16-year-old student, rifle slung over his shoulder. "We must keep on fighting," says the town's mayor. Will spiralling violence lead to civil war in Thailand?
FULL SYNOPSIS
TRANSCRIPT