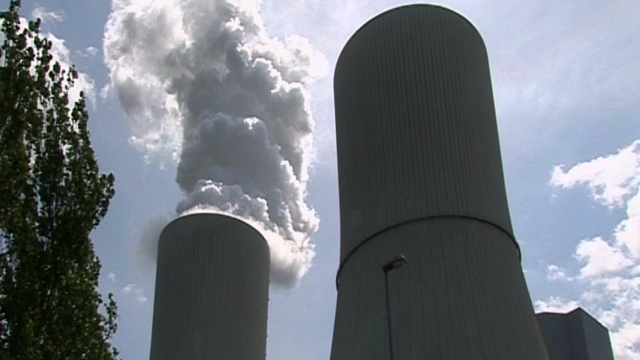 Polluters BP and Shell are pioneering the 'cap and trade' system to cut carbon emissions. Yet does it help the environment or is it just a money making tool? Plans are underway to move the system to Australia.

So what is cap and trade? Businesses releasing greenhouse gases are issued carbon credits. A cap level is then set, to control the output of emissions. Companies under their cap limit can trade in their excess credits for a tidy sum. Polluters are forced to buy expensive extra credits. Yet some remain offended by this capitalistic style trade-off. "People forget that the real business should be about reducing emissions, not making money," says environmentalist Kevin Smith. Even the EU's environment spokeswoman Barbara Helfferich admits many abuse the system, accusing power companies of making "windfall profits". So why should Australia adopt this seemingly flawed system? "Australia should look at the lessons learned in Europe and the mistakes that have been made here," warns Climate Action spokesman Tomas Wyns.
FULL SYNOPSIS
TRANSCRIPT