Yalda Hakim reports on drug use in Afghanistan’s capital city. 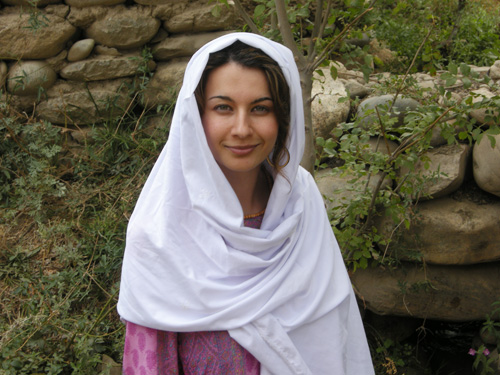 Journalist Yalda Hakim was commended for expertly handling a surprise from a Taliban spokesperson while she was live on BBC News. In this archive report – her first ever for SBS Australia’s Dateline – she returns to her birthplace of Kabul.

Hakim documents the appalling living standards and the ravages caused by heroin addiction. Her experiences are both shocking and emotional: 'I'm so fearful. Every day I think, "Will that car in front of me explode?"' Welcome to Afghanistan's harsh reality. At the time of recording, the Taliban were at the door and political and financial insecurity worsening. But it's not the only issue. 'I became addicted out of misery and frustration': a man sitting outside a derelict building shows Yalda his amputated thigh. Inside, used needles carpet the floor and hang from the ceilings. 'Heroin is cheaper than alcohol. You've already destroyed our country. Now we eat the poison, the rich and powerful eat the dollars.' Later, Yalda visits the only rehab clinic for women and children. Gul Pari is only twelve. She's been addicted for six years. 'When I wasn't smoking, my body was in pain’, she says. There are many children like her. Despite faint glimmers of hope, their future looked very uncertain. As Afghanistan falls once again under Taliban control, the instability which Hakim documented 13 years ago is vitally prescient.
FULL SYNOPSIS
TRANSCRIPT