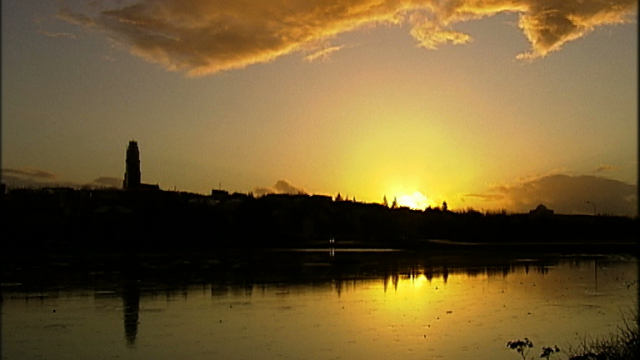 Iceland has been hit hard by the financial crisis. Banks have defaulted, unemployment is rising and the currency has lost 80% of its value. Now Iceland is one of the first countries to go bankrupt.

Iceland's bars are the country's only success story of recent months. 'A lot of people come in now', says bartender Ludvig Ludvigsson, 'they drink because they feel that their lives are finished.' Many of those coming in were previously wealthy bankers made unemployed by the crash. 'When the Landisank Bank went down it was particularly bad', recalls Ludvigsson. Senior policeman Geir Thorisson has also seen how fast things have changed since the banks defaulted in October. As money runs short theft is on the rise. But this is not the only problem the police face; protesters gather outside banks and government buildings and the mood often becomes violent. 'There are individuals who want go much further, to take down the entire administration, sack the parliament'. In the docklands, construction sites for luxury flats lie abandoned next to the half-built National Opera House. 'Everyone is affected', says Rev Palmi Matthiasson. 'Kids listen to their parents whispering in the night time about losing their jobs, selling the house, how they will face the next day. And maybe we have not reached the bottom yet'.
FULL SYNOPSIS
TRANSCRIPT