Return of the Boat People 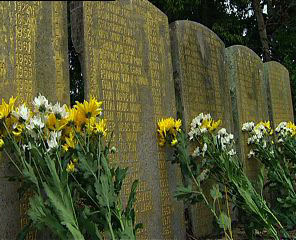 As communism spread throughout Vietnam, refugees fled the country to Malaysia. Many of their boats were pillaged by pirates, others capsized. Thirty years later, the survivors retrace these dark days.

In 1978 one couple set sail on a fishing boat joined by 300 paying passengers. As they tried to dock at a Malaysian beach, soldiers opened fire. Forced to remain at sea, a treacherous storm took the lives of two of their children. "The boat was crumbling, so I said everyone has to swim ashore." Hoang and his wife now visit a mass cemetery for the first time since the burial, "Number 23, 24... They're my children." More than 250,000 refugees arrived on Malaysian soil where officials housed them in camps. Dong Tran now brings former refugees back to the camp he fondly remembers. "You step from hell to paradise, although it is a small paradise, but paradise is paradise."
FULL SYNOPSIS
TRANSCRIPT