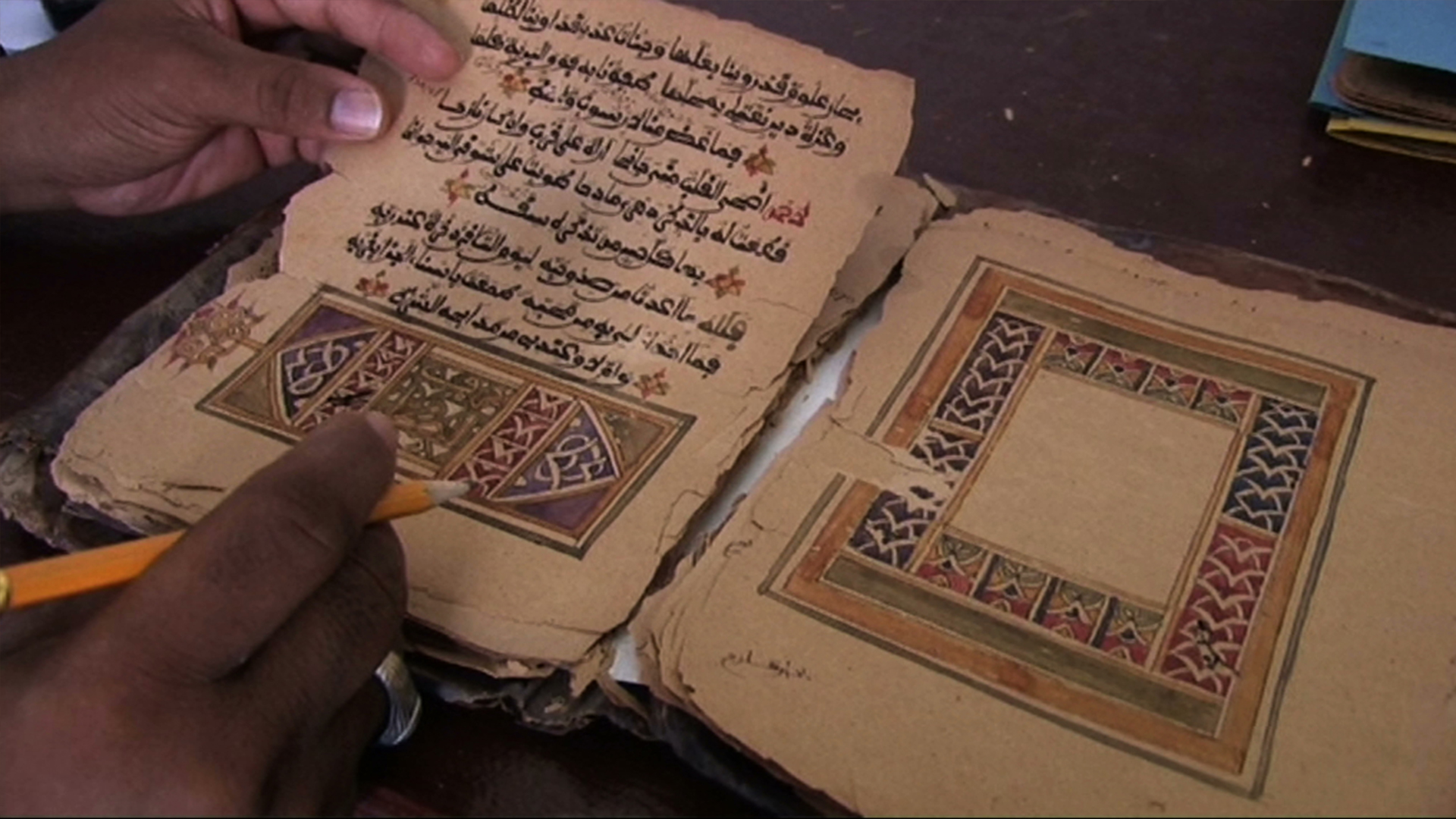 Deep in the heart of Africa lies the fabled city of Timbuktu. Last year thousands of ancient manuscripts were unearthed here. But these priceless books are deteriorating due to lack of support from the West.

Timbuktu was once the largest and most powerful empire in Africa, celebrated across the world for its wealth, culture and art. 'We have known the art of writing since the 11th century,' says African historian Salem Ould Elhadsj. 'We started writing before most European countries.' For Westerners however, Timbuktu is a semi-fictional land located in the back of beyond. Tackling Western ignorance is no simple task. 'The manuscripts prove we are a most important city,' says Salem, 'but the rest of the world does not even know where we are.' Will the West wake up to one of Africa's greatest treasures in time?
FULL SYNOPSIS
TRANSCRIPT