Guns in All Hands 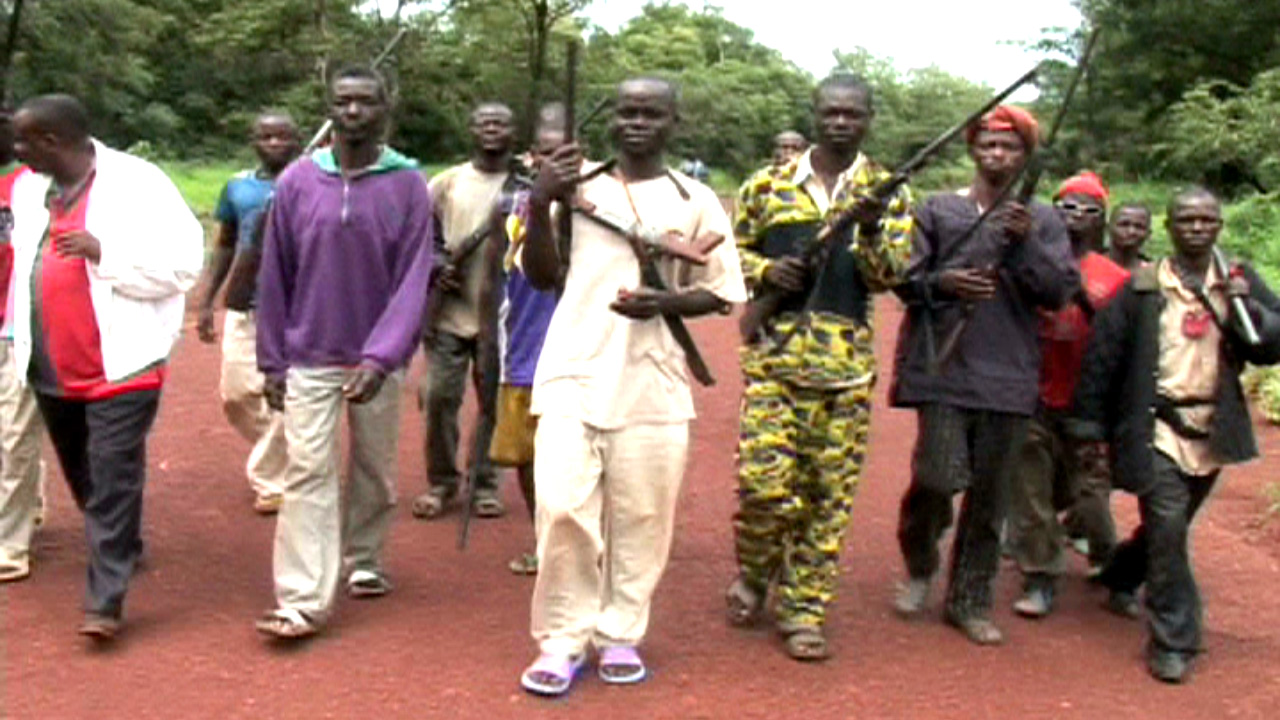 The Central African Republic has been wracked by violence for years. Now villagers, with the support of the government, are forming militias to defend themselves against the Zaraguinas and rebels.

The Zaraguinas intercept vehicles carrying goods and kidnap pedestrians for ransom. Both men and women are raped. The soldiers meant to protect these villagers are sadly just another threat. 'When soldiers...come to solve a problem, they will add to the problem with looting,' explains Jean-Bertrand. At 24 he's dropped his studies and returned to Kana to protect his family. In this village every man is part of a self-defense group. They claim they've already killed three bandits. 'If the people of the village ensure their own security, it's much better that way.' Government official Gabriel Baipo admits the government is backing these militias: 'The number of soldiers we have cannot cover the entire region. That's why the government has decided that in each village, there should be a system of auto-defense to defend their goods.'
FULL SYNOPSIS
TRANSCRIPT