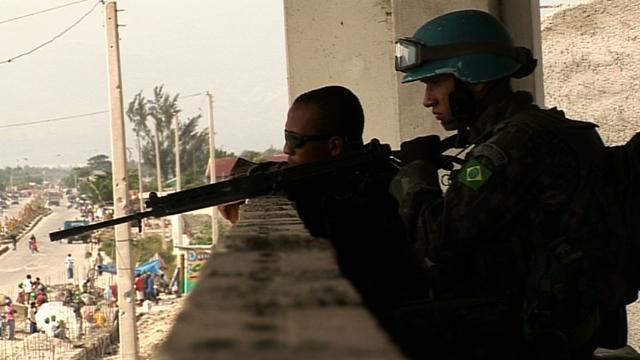 Only 300 miles from the United states, Haiti is one of the most dangerous and impoverished places on earth. Here women live in daily fear of rape by gangs of armed men intent on ruling these lawless slums.

Rape in Haiti's capital,City Soleil, is widespread and on the increase. Seventeen-year-old Jina was four months pregnant when a gang wearing masks raped her: "I feel like my baby is torn apart. I feel lost." Jina didn't report the rape to the police. Few do. Justice is expensive and the Haitian police have admitted that some of their force is corrupt and involved in kidnappings, murder and rape."It's important to get those accused of serious crimes before a court and to get them sentenced,' says Hedi Annabi of the UN missin in Haiti. 'The message needs spreading that impunity is no longer assured."
FULL SYNOPSIS
TRANSCRIPT