A Place in the City 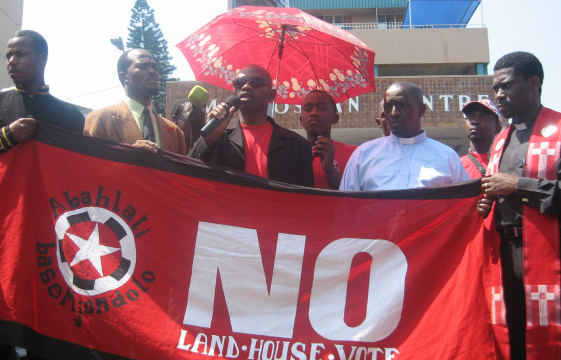 More than a decade after apartheid ended millions of South Africans still live in basic home-made shacks. We hear from the inhabitants as they eloquently argue their case for real citizenship rights.

The shack dwellers movement, Abahlali baseMjondolo, began in 2005. Their slogan is 'Talk to us, not about us.' 'It's not that people like to live in shacks. No one will ever want to live in these conditions but they need to be close to their work' explains S'bu Zikode, Abahlali's elected leader. However, the group has not been welcomed by the ANC. They've been met with aggression rather than with negotiations. Police shot Mariet Kikine with six rubber bullets at a peaceful demonstration. 'I'm not stopping to fight the government for my rights. Now they've made me brave.' In the build-up to the 2010 soccer World Cup, Durban shack dwellers fear they will be bulldozed out of the city, or arrested. 'This new legislation makes it a crime to build shacks or resist demolition and eviction.' But the shack dwellers are determined not to give up.
FULL SYNOPSIS
TRANSCRIPT