School Between the Fronts 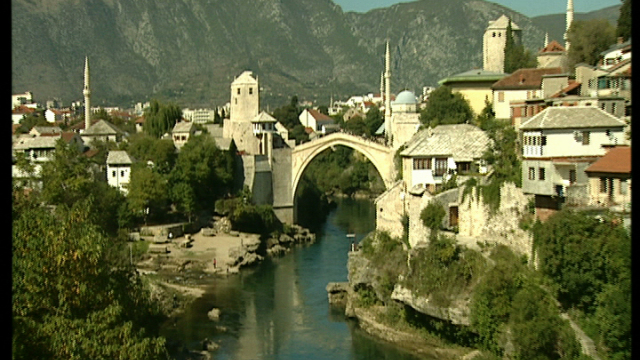 When fighting erupted, Bosnia's second largest city was torn apart creating an invisible line that still divides Mostar. But at the United World College, Bosnians and Croatians live and learn as one.

Most schools in Mostar have an hour interval between Croatian and Bosnian classes. But for three years now, 200 students from all former republics of Yugoslavia, and 31 other countries come to The United World College, where they are taught what headmaster Paul Regan describes as "international values." Students from normal schools in Bosnia say that co-education would be "unthinkable" but Croatian and Bosnian best friends Mirnes and Ivan from The United World College disagree. "Where I grew up, we knew nothing of each other - what is a Serb? What is a Croat? What do they think about us?" Sadly, their youthful idealism is a long way away from the reality of Bosnian's segregation.
FULL SYNOPSIS
TRANSCRIPT