Seeing pictures might be deceptive... listening carefully can lead to a deeper understanding 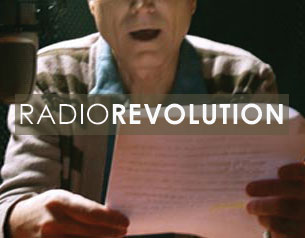 1989 saw revolutionary fever sweep across Central and Eastern Europe, ending in the toppling like dominos of Soviet-style communist states. Radio Free Europe was a clarion call for revolution and played a pivotal role in communism's collapse. This heart-warming film relives those heady days through Romanian eyes - the only Eastern-bloc country to overthrow its communist regime violently and execute its head of state.

Radio Free Europe was established by the CIA at the beginning of the Cold War to transmit uncensored news to audiences behind the Iron Curtain. Broadcasting from West Germany, there was a department for every Eastern European country. The Romanian section was the most popular, since freedom of speech was brutally suppressed under dictator Nicolae Ceauşescu. "Someone was speaking the truth that they didn't dare to utter", explains presenter Neculai Munteanu. This is a love and hate story, woven around invisible waves. It involves three collective characters. First, the stars on the radio, stars with no face. Then the listeners. And lastly the sinister 'Ether' unit of the Securitate, the Romanian secret police. It includes interviews with infamous terrorist Carlos the Jackal, now serving a life sentence in France and wanted in Germany for the 1981 bombing of Radio Free Europe's Munich headquarters. He speaks of his admiration for Ceauşescu, of how he felt protected in Romania and "had bases in about fifteen socialist countries". Declassified files reveal sketches of the headquarters and speak of "placing explosives" to destroy its buildings and equipment. German Prosecutor Detlev Mehlis says that "the logistical support - guns, passports" given to Carlos the Jackal "made the attacks in the West possible". On the night of 4th March 1977 an earthquake hit Romania, forcing state broadcasts off air. With Ceauşescu out of the country, Radio Free Europe filled the vacuum - not for the last time in a moment of crisis. The earthquake shook the totalitarian political system, with Radio Free Europe acting as a mouthpiece for dissidents as well as offering a window on the social rights movement in the West. Dissident Doina Cornea smuggled out a letter to Radio Free Europe hidden in the head of a child's doll, telling the world of the reality of Ceauşescu's regime. In 1978 Ion Pacepa, a 2-star general, became the highest ranking defector from the Eastern Bloc in the history of the Cold War. His explosive book was broadcast on Radio Free Europe. "It's a world where people like to drink French champagne... It's a whole system of ass-kissers, whose houses are bugged..." Despite the food and power shortages which were a grim part of daily life, Ceauşescu saw Radio Free Europe as the main reason for his tarnished image abroad. He instructed his secret police to wage war against the radio station. Presenters were beaten up, even teenagers requesting songs. It was believed the directors of the Romanian section were exposed to radiation. Three of them died of cancer. "How come this disease was so picky? How did it only search for its victims in the Romanian department?" muses one widow. Securitate officer Ilie Merce laughs off such claims as "some people's desire to feel important", though declassified files reveal the Securitate felt the cancer "confirms that the measures we took are starting to be effective". The revolt which led to Ceauşescu's overthrow was played out on the radio, but as protesters overran the TV studios, it also hit TV screens. "It was clear television would defeat us, the radio, because images have a deeper impact than words alone". A captivating piece of history.
LEARN MORE.
WATCH MORE.
JOIN THE DISCUSSION. 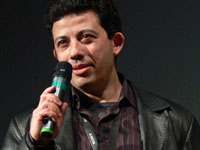 Solomon graduated from the Film School in Bucharest and started making documentaries in 1993. In 2001, he trained at the Discovery Campus Masterschool. The 'Great Communist Bank Robbery,' which premiered at IDFA, was the result. Since 2004 he has been developing projects with his wife and producer, Ada, through the company Hi Film Productions. 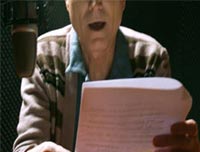 "The clue to the illnesses of democracy is to be found in recent history, even if, in countries like mine, people tend to forget quickly. This film intends to dig back there. How did fear and corruption bend down an entire society? How easy did one give up his liberty? In exploring all these questions, this documentary raises current issues in European and Oriental societies. We dont know yet if people learn anything from listening to lessons on democracy, as the American politics in the Middle East would like to demonstrate."