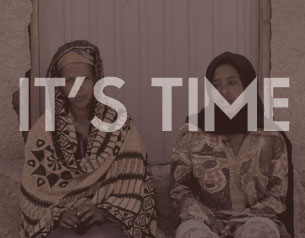 Domestic violence causes more deaths and disability among women worldwide than cancer, malaria, traffic accidents and war combined. Nowhere are women and girls more at risk in their own homes than in countries such as Ethiopia and South Africa. This shocking documentary explores how Africa is overcoming this secret culture of violence, deeply-rooted in the culture of Africa itself.

A wedding reception in Ethiopia is a picture of joy and serenity. The bride and groom sing and dance surrounded by a sea of smiling white-clad friends and family. The scene might seem typical of the public face of marriage, but it conceals a much darker reality that blights the lives of many African wives. "When I asked for a divorce, he pulled out a gun and shot me", says one woman - her tragic story of abuse and narrow escape from death, could be the story of any one of the 50 women within this South African safe-house.

"I can't say I loved him because I didn't. I just liked him for what he had", says Asaandra. Like many poor young women in Africa, she sought out a relationship to survive. "He used to beat me up. He forced himself on me", she says. Thanks to a crackdown on abuse, her husband was arrested. But Asaandra was left with no way of supporting herself and her child. "The legal system is now changing to ensure it doesn't re-victimise women in this way", says a volunteer at the safe house. But many believe the psychological cause of domestic violence in Africa must first be addressed.

"I grew up in a family that didn't call it domestic violence", says Asaandra, "it was like a culture, a tradition where a man can chase a wife and kids". It was the abuse of her step-father that led her to leave home at 14. And a cycle of dependency was perpetuated. "My mom said: 'no don't tell people. This is natural to men', and I believed her". There was no counselling, no discussion whatsoever. Experts now believe that the psychological effects of apartheid, especially on the patriarch of a family, must be addressed if Africa is ever to fully overcome domestic abuse.

"Men would deal with the frustrations they had in the public sphere by taking them into the family sphere where they felt they had some sense of power", says the Centre for the Study of Violence Reconciliation. "That sense of humiliation is still there for many men as well as the self doubt". Safe houses are opening all over Africa, and thanks to pressure from organisations such as the Ethiopian Women's Lawyers Organisation, legal changes are slowly taking place. But it's the public awareness that this is creating, which may finally get people talking about what was once accepted as 'culture' in an aim to overcoming Africa's troubled past.

Sensitive to the complexities of societies in which male omnipotence has been secretly flourishing for generations, 'It's Time' is also a hopeful witness to a new optimism in the lives of African women. LEARN MORE.
WATCH MORE.
JOIN THE DISCUSSION.
FULL SYNOPSIS 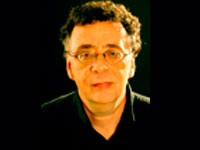 Steven Hunt is the executive producer of Sound Development Communications Media. He has 20 years of experience in journalism and international development. His productions have appeared on CBC, Vision TV, and National Public Radio and in the Christian Science Monitor. His films have appeared on CourtTV, Radio Canada, AXESSTV Sweden, RTP Portugal, Lanete Poland and AVRO Holland. 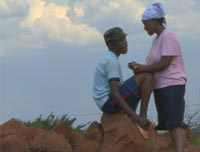 "'It's Time' is very much a personal story of individual women who have suffered greatly not just by the men that have abused them but by a culture that supports and sometimes promotes violence. We meet women kidnapped to be brides, and young girls as 12 in arranged marriages. We follow the police on the street who must handle the domestic violence cases that can end up as a family murder."