A breath-taking glimpse into the reality of life in Trench Town, through the eyes of the children who are gearing to change it all 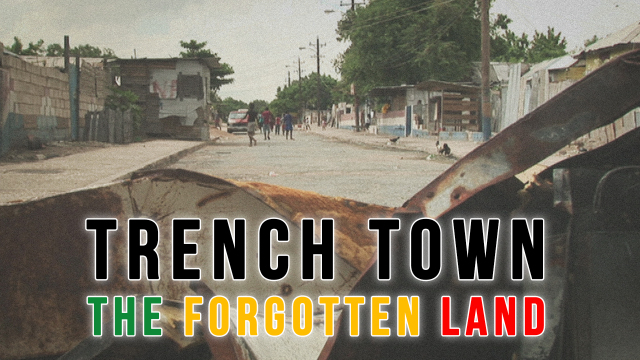 In Bob Marley's infamous Trench Town, we meet the kids who risk their lives every day to get to school. The constant turf wars, battle for control by the local dons and the fact that police are out-gunned, make this a real life tragedy of Hollywood proportions. Through the children's outlooks, aspirations and fears, we enter an otherwise no-go area.

'Every morning as I rise, I hear the gunshots firing' says Leroy. His school is on the borderline between the two warring factions of Trench Town. 'They just fire shots indiscriminately, these guys are killing for fun' he tells us as we follow his walk to school. Brightly coloured shacks that look ready to collapse house over 25 000, army tanks and car bombs litter the dusty streets and Bob Marley's face smiles out from a billboard, pock-marked with bullet holes. 'We're living in a warzone' says Sergeant Robert Taylor 'yet we don't have the tools to overpower the gangs'. It is well known that politicians armed the local dons in the 60s in return for votes- the two main political parties, the JLP and the PNP, have been at loggerheads ever since. 'Politicians had an interest in having people fight each other for scarce benefits' explains Blakka, who left Trench town when his house was burnt down- 'there's no jobs, there's no money, I'll kill to maintain that access to the little there is'. Having grown up in this turmoil, the youths are now the ones with the guns in their hands. 'The age range for the most dangerous gangs is 14-25' explains Sergeant Taylor, 'these kids have grown up with no hopes and nothing to live for'. Many had to leave school because of the shootings and were drawn into the only other means of survival. 'Those kids searching for food, searching for someone to take an interest in them are the ones who end up pointing a gun at you' says Delroy, a teacher. Yet there's hope amidst this almost impossible educational environment. 'I want to study law' says one student 'I want to publish my novel' says another, 'I want to be a flight attendant' says Shanice as she wipes away her tears. A powerful glimpse into the reality of life in Trench Town, through the eyes of the children who are gearing to change it all. Director: James Ewart
FULL SYNOPSIS
TRANSCRIPT