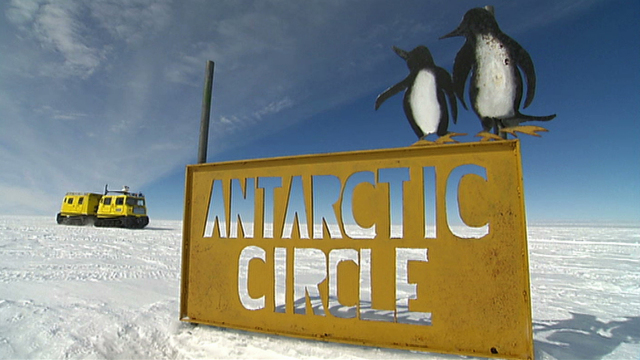 As reports confirm that Antarctica is melting more rapidly than thought, the Great White Hope is becoming crowded. But are these nations driven by science or a claim in the area's untapped riches?

Scientists are investigating a 1 million year old ice core believed to hold the secrets of global warming. 'There was a change a million years ago in how the earth's climate works' explains Dr Jack Holt of the ICECAP expedition, 'we're searching for even older ice to study direct samples of the atmosphere from then.' They're not the only ones. 'We sacrifice our lives to the Antarctic project!' cries Professor Yang of the Chinese expedition. Their mission - to explore 'the highest, coldest point' of Antarctica - has received more funding than the Australian, UK and US project ICECAP together. 'Why all of a sudden are Italy, France, China, contributing millions of dollars?' asks Dr Edi Albert 'it can't just be about Science, can it?' As the world's largest emitter of CO2 gases, China's presence in Antarctica is warranted. But there doesn't seem to be much note-sharing between nations braving the region's perilous terrain. 'Is this about sovereignty? Muscle flexing? Mineral resources? Or Climate Change?' questions Dr Albert. With sea levels set to rise by 1 meter by the end of the century, the only certainty is that the race to save Antarctica is on.
FULL SYNOPSIS
TRANSCRIPT