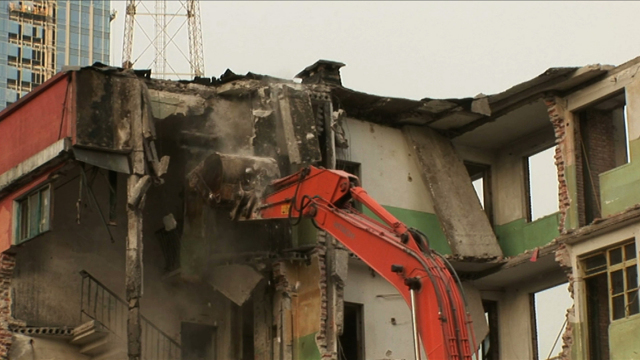 Economic development and the 2008 Olympics gave Beijing an amazing facelift. But when many Beijing residents were forced to evict their homes they were left struggling and angry at the political system.

Before the Olympics many buildings were demolished to make way for new malls, offices and apartments. Guo Guanyun's street was totally destroyed. 'Good buildings and bad ones, they're all demolished, whether people want to move or not, everyone has to go.' Residents are furious that they were evicted with nowhere to go and have not received proper compensation. They blame the government. 'Officials and gangsters are just the same.'
FULL SYNOPSIS
TRANSCRIPT