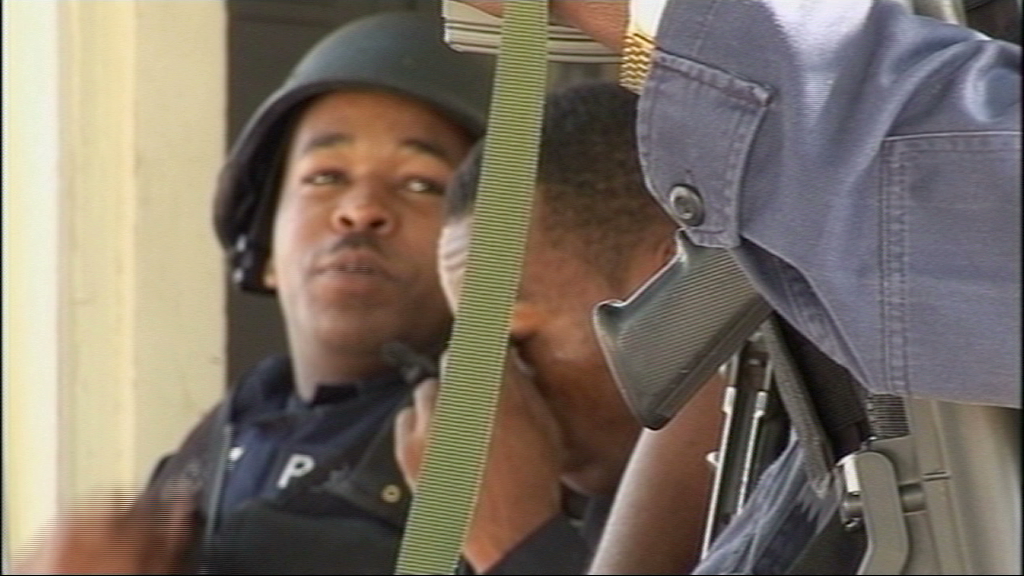 In Kingston, Jamaica, being male, young, black and poor is a dangerous combination. On one side are the armed gangs fighting to control the streets and on the other are the nation's lethal security forces.

'We're going to lay you down now.' Angela says her last goodbyes to her son. Kenrick died in a hail of bullets fired by the country's security forces, the police and army. 'The soldier used his foot on his throat and fired shots into his stomach and his head.' Rico, who was hiding at the time of the murder, believes the police had no reason to shoot. 'They had no need to hurt the youths. They'd just come out to kill somebody.' Every other day in Kingston the police kill someone. 'That is how the police operate,' states Dr Caroline Gomes, director of Jamaicans for Justice, 'the police are involved in murder for higher corruption - selling guns, drug running.' Deputy Commissioner Mark Shields says it's a constant battle between good and bad: 'the bad cops ...undermine everything that the rest of us are trying to do.'
FULL SYNOPSIS
TRANSCRIPT