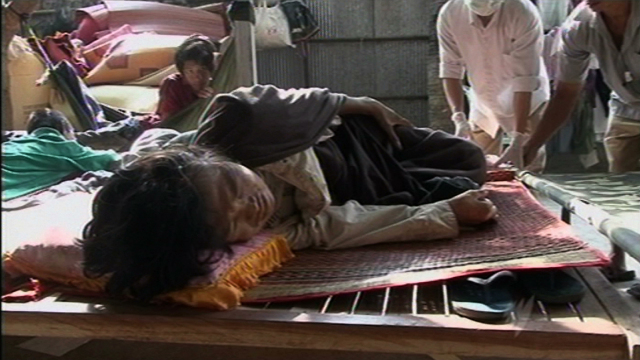 When their parents fled Pol Pot's killing fields, they were granted safe haven in America. But years later, 196 all-American youths are being deported back to Cambodia after being convicted of crimes.

In 2002 President Bush began deporting convicted criminals and the Cambodian Government reluctantly agreed to accept them. 'Once you've committed a crime, you are done,' tells Monk B. Like the other deportees, he was a permanent resident of the US but hadn't become a citizen. Almost 2 years after being released from prison, Monk B got a phone call. 'They said 'Pack your bags'. I said 'Where am I going?' 'Home'. But 'home' meant Cambodia. After originally struggling to adapt to his new life, he now works in Korsnag, a harm reduction program for drug addicts in Phnom Penh. 'I tell them I used to be a criminal too...so that's why I can work here. I understand you.' But not everyone is as lucky as Monk B and some can't cope with their new surroundings. With President Bush now gone, there are hopes that his successor will stop the deportations. 'Obama, act quick, man! Because there are a lot of lives that you can save.'
FULL SYNOPSIS
TRANSCRIPT