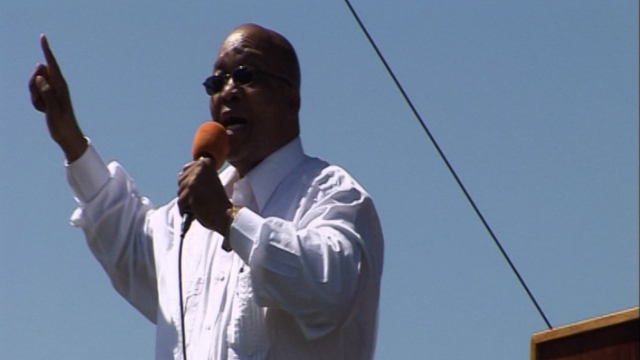 Zuma has survived numerous allegations of corruption, but after last week's Nkandla ruling is it the end of the road for South Africa's president? This report explores the abuses that defined the lead up to Zuma's 2009 election.

"I dedicated myself to fight for freedom so that we are free." He may have helped win the battle against apartheid, but for the last few years Zuma has been fighting for political survival. He's been accused of rape, bribery, misconduct and corruption, yet the charges against him have repeatedly been dropped.
FULL SYNOPSIS
TRANSCRIPT