The story of the devastation wreaked on the beauty of Kashmir by decades of conflict. 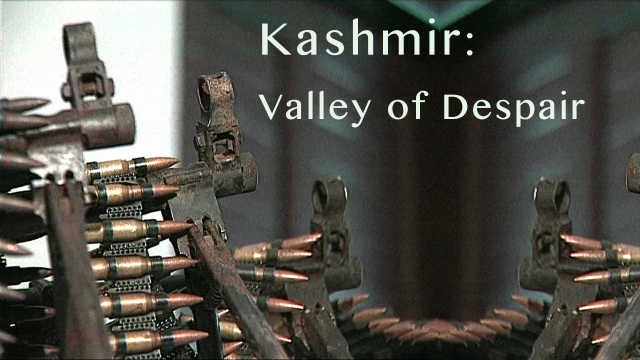 The Indian army has been clamping down in Kashmir. Although most Kashmiris want total independence, or to be joined with Pakistan, India is pushing for a military solution.


The sun rises over Lake Dal in Indian occupied Kashmir, a land that time forgot. The exquisite floating villas which used to house wealthy foreign tourists today stand empty. The neighbouring city, Srinigar - summer capital of the states of Jammu and Kashmir - is occupied by half a million Indian troops. Kashmir is divided through the stunning Himalayas. The British colonial rulers used to call this the happy valley. Now, it's become a valley of fear. Fear of the Indian soldiers, fear of the Muslim rebels. Both sides commit atrocities, both create refugees, both have nuclear weapons. Kashmiris are gripped in a war between the Islamic guerrillas supported by Pakistan and a repressive Indian army. Both sides commit atrocities, both create refugees, both have nuclear weapons. Most Kashmiris want total independence, or to be joined with Pakistan. They were promised a referendum in 1947. A demonstration to protest for one is forcibly broken up. The army tortures Kashmiris linked to the rebels. Many don't survive. It's accused of systematic rape. The Indian army denies the use of indiscriminate force. Pakistan and other Islamic countries are funding the rebels' Jihad against India. Syed Salauddin, feared leader of the Hisbollah Mujahdeen, tells us: "We want to completely destroy the Indian economy. Indian forces have subjugated the innocent Kashmiris to tremendous physical torture. We want to retaliate in the same way". Since 1989, the Muslim rebels have been targeting Kashmiri Hindus, Pandits. A quarter of a million Pandits have taken refuge in Jammu. Pakistan wants Kashmir to be part of the wider Muslim community. Indian politicians claim most Kashmiris want to remain part of India. With no political will to solve the Kashmir problem, a military escalation in the region looks inevitable. Produced by Marion Mayor Hohdahl
FULL SYNOPSIS
TRANSCRIPT