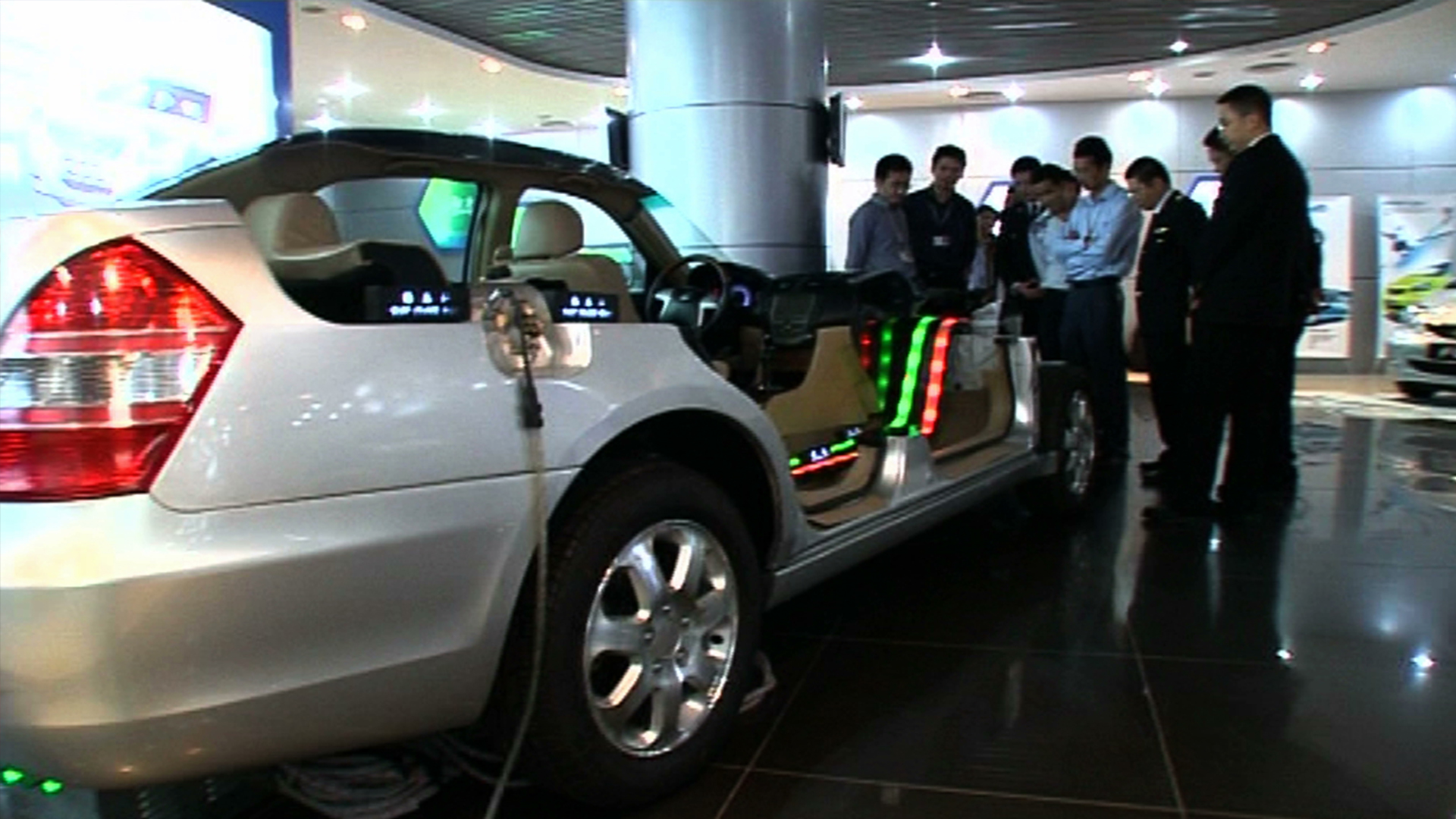 Meet the F3 - the electric-powered car of the future made in China. Keen to reduce its choking emissions and limit its dependence on oil, China is spearheading new clean energy technologies.

Can the world's biggest polluter become the world's biggest producer of plug-in electric cars? The swish car on display was designed by the new Chinese car manufacturer, the 'Build Your Dream' corporation (BYD). "'All of our battery can be recycled. The power is recycled so it's environmentally beneficial. The West will like it, not only China'." The new manufacturers are hoping to dominate the electric car market. '"Our ambition in 2015 is to become the China number one and we hope in 2025 we can become the world number one"' says BYD's marketing manager. Environmental activists welcome China''s new focus on the environment. '"As a green organisation, we see it as an evolution of the mentalities. And if more people think about green technology, so much the better.'" China's strategy as a growing power in clean-energy technologies has already attracted investors from abroad, such as Warren Buffet who paid $230 million for a 9% stake in BYD. With the F3 going on sale in China later this year and set to be launched in the US within 2 years, can BYD succeed where General Motors failed?
FULL SYNOPSIS
TRANSCRIPT