How much can we trust the products in our family homes? 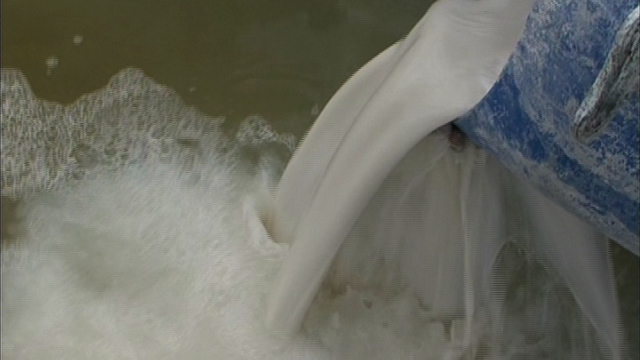 Barbie, H&M jeans, everyday corn- just some of the products recalled due to controls on the use of dangerous chemicals. Now a wave of toxicity cases is calling to account cheap manufacture in countries without chemical controls. We follow the toxic trail from field worker - to customs official - to high street shopper. How much can we trust the products in our family homes?


In Hamburg, the third largest port in Europe, Professor Bauer addresses the disgruntled members of the Dutch Transport Union. 'Containers coming in with toxins should be marked' he says 'but nobody enforces this - those who break the regulations are not punished.' Suddenly a port worker collapses: he has been exposed to toxins and his brain has suffered serious long-term damage. 'It's difficult to continue after this event' the professor says 'but it shows more than I could ever tell you. Millions of workers are in danger.' 'If you were to breath in the air from this container you would seriously harm yourself' says the chief safety inspector at Hamburg port. Methal Bromide is outlawed in Europe, but it arrives here regularly. Tracing the container back to Hong Kong, the compulsory fumigation of products before shipping, is revealed as a hazard in itself. 'All of my colleagues here had the same problem' says one fumigator 'After four years I'm so sick that I can barely come to work'. More hazardous still is the manufacture. 'Once I was unconscious in hospital for two weeks' says one Indian field worker 'but I survived and we have no choice but to spray when the worms come'. In India's cotton belt, more pesticides are used than in any other country in the world and highly toxic and often cancerous chemicals can be bought from the local shop. It is here that clothing giants like H&M find their suppliers. Julia was a loyal employee of a H&M store until repeated exposure to shipments left her seriously ill. 'I was in a bad state' she remembers 'if I'd stayed any longer, I would have lost my kidneys'. Not only is testing of products voluntary but some chemical residues from foreign manufacturers are still legal. 'The responsibility for testing clothes is handed over to foreign suppliers' says one textile importer 'I assume it's taken care of'. 'I think it's scary especially if you think of your children wearing these clothes' says one H&M customer. Children may be the most at risk. In January 2009, more than 1,300 toxic toys were found in Europe. 'Actually, this doll is toxic waste and doesn't even belong on the market' says one product tester. With toxins connected to record levels of young men with sperm counts so low they will never father children, this eye-opening documentary reveals that stricter controls are critical in our increasingly toxic world.
FULL SYNOPSIS
TRANSCRIPT