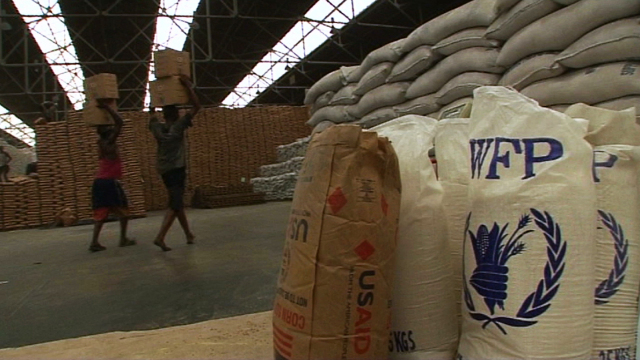 Somalia is facing its worst humanitarian crisis in years. Millions of Somali rely on the UN's World Food Programme but just how much food actually reaches them? We reveal the shocking truth.

Two year old Shukri is dying, and he's not alone. One in three Somali children are malnourished. 'I cannot move because of hunger', says a mother. Claiming food for fictitious camps is too easy and goods that do make it to real camps are often stolen. 'They bring the food here to prove it's been delivered, offload a small amount and take the rest back with them!' The WFP's tragic lack of control over the food chain is killing those it's meant to save.