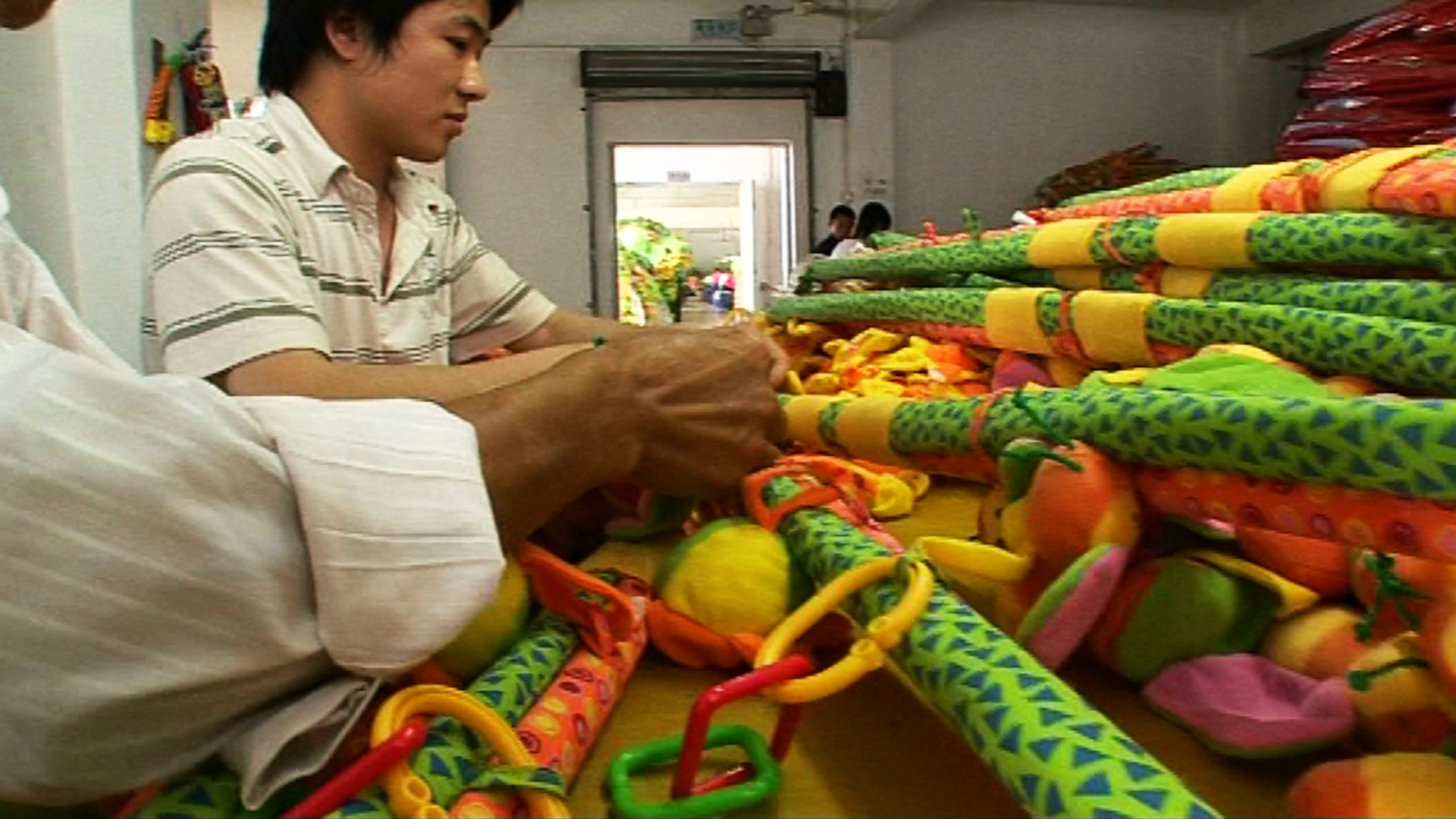 Computers, clothes and toys once poured off China's production lines, destined for the West. Now the factories are closed, millions are out of work and Chinese officials fear serious political unrest.

All of the orders vanished' says Tanley, the owner of a toy factory in Dong Guan, known as 'the factory of the world'. He's seen factory upon factory close since the autumn of last year. Often, owners flee without paying their staff. 'The local government had to pay the workers' Tanley says. For the 30 million Chinese now thought to be unemployed, there is no safety net. But the government is stepping in to control the large protests evolving out of sudden plant closures. 'We all know the workers are working in the worst situation in the world' says radio DJ and former Tiananmen Square protester, Han. But he believes the crisis has forced the government to address labour rights. 'It's a bad image to arrest workers for going on strike for legal payment - they don't want to exacerbate the tensions' he says. It's 60 years since the communists came to power and 20 years since the massacre at Tiananmen Square. Now at the sharp end of this economic crisis, the government is doing everything it can to prevent a revolt. 'This is progress in the absence of genuine democracy, a more tolerant authoritarian regime.'
FULL SYNOPSIS
TRANSCRIPT