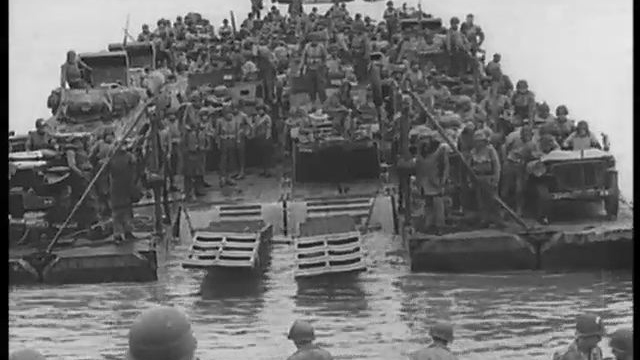 The film opens with the D-Day landings as British and American troops emerge from planes and gliders ad hit the beaches. They suffer heavy losses but press on. Winston Churchill appears to an adoring crowd as London has reached news that Germany has surrendered. Civilians parade in the streets waving flags
Cut back to 1940 when the threat of invasion is imminent. The Battle of Britain ensues as soldiers prepare and civilians enter shelters. The next morning London is reduced to rubble. Canada's soldiers train and arrive overseas. In London people fit on gas masks and try to clear the heavy damage, while the children are evacuated.
In Christmas 1940 London is heavily bombed out but German planes are down and Churchill delivers his speech before a patriotic montage closes the film.