Would you bathe in the Ganges for a shot at immortality? 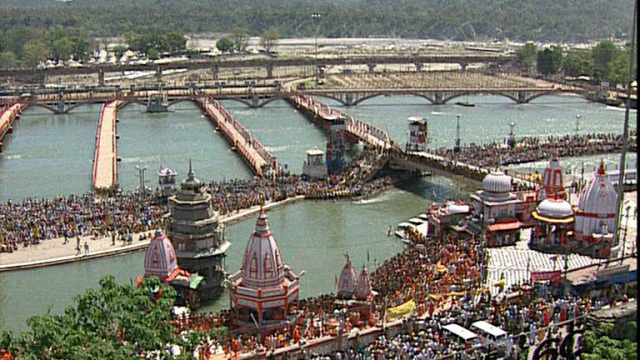 Would you take a dip in the heavily polluted waters of the Ganges for the chance of gaining immortality? For millions of Hindus in the Indian town of Haridwar during the Khumbh Mela festival, the answer was an unequivocal yes.

Haridwar is one of the seven most important sites in the world for devout Hindus. Here the River Ganges enters the plains of India. For this year's Kumbh Mela bathing festival a staggering 7 million Hindus have arrived. After three months of dancing, the characterful Bath of the Saddhus, the reclusive Hindu holy men, takes place. According to Hindu mythology, the waters of the Ganges turn into the nectar of immortal life during this auspicious time. To bathe is to gain immortality, and millions do. The atmosphere of the scene is like a rave, whistles blowing, crowds everywhere. But with their thick dreadlocks and ash-covered bodyguards (nargas), the Saddhus steal the show. This year's festivities took place without violence. Produced by ABC Australia
FULL SYNOPSIS
TRANSCRIPT