Ladies of the Lake

Meet the Mosuo, a unique matriarchal community in south-west China. 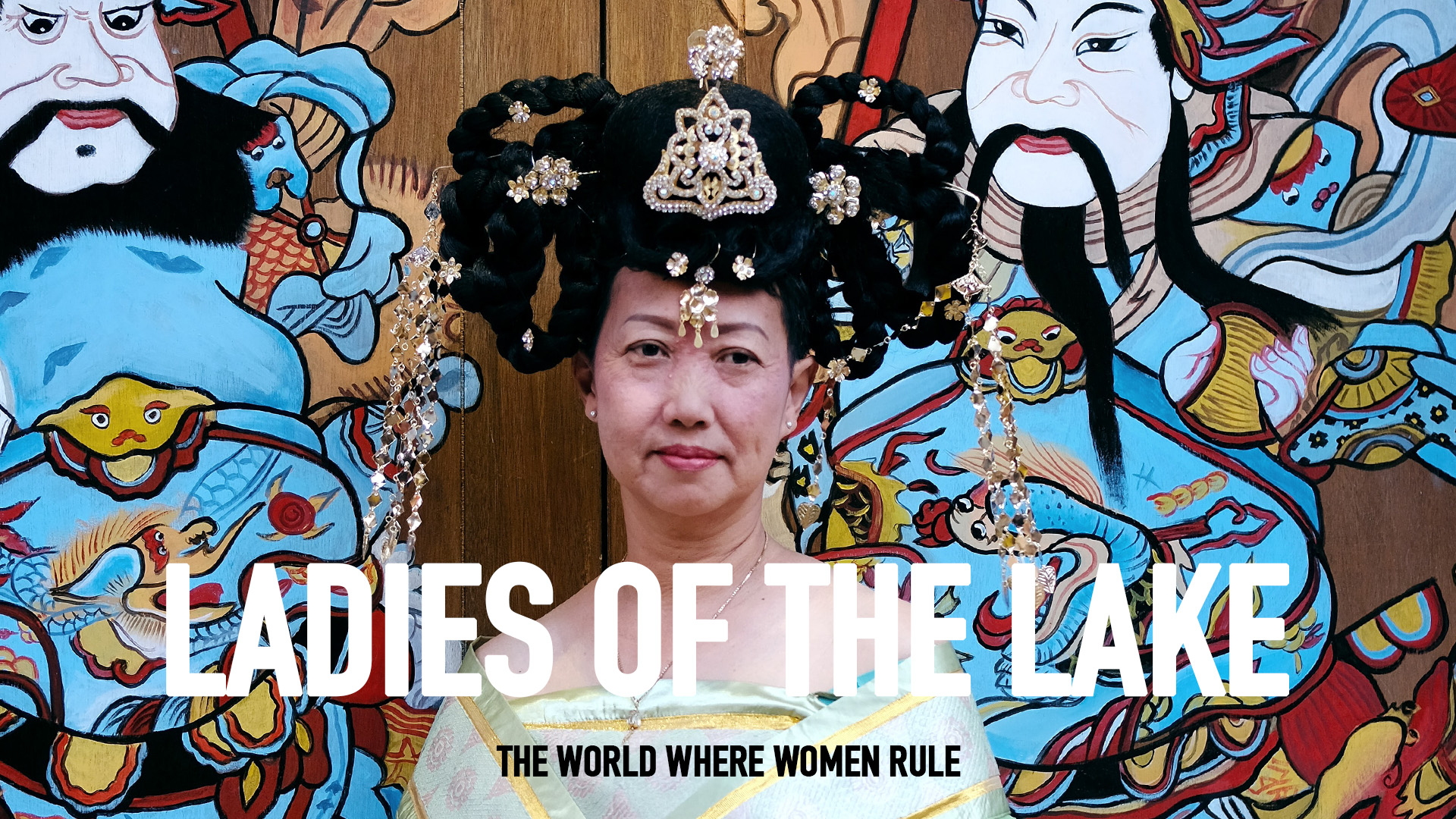 In China, on the shores of Lake Lugu, there exists a society where women have been in charge for over two centuries.

The Mosuo have been dominated by women for more than 2,000 years. In the Mosuo language, the word 'father' does not even exist. Yashima is a typical matriarch. At 65, she has five children, two grandchildren and smokes 80 cigarettes a day. Her children meet their husbands at the end of the day. "That way we don't argue", explains Dizhi. Parties are for meeting a husband or a wife. Swirling skirts, flames and dancing stir aching hearts. The Mosuo people, like most Chinese, are shy about showing their feelings. They have three sacred taboos: it's forbidden to eat dog, it's forbidden to eat cat and it's forbidden to talk about sex. But overcoming their shyness, they tell us about love, marriage, divorce and the difficulties of living apart. The modern world is not far away though. Peking's family planning policy is dismembering Mosuo culture where large families are society's glue. The local government wants to transform Lake Lugu, in China, into a tourist site, with the Mosuo people as the main attraction. Some already earn money from the summer visitors that they take in canoe trips on the lake. Whilst most Mosuo view change as inevitable, there's more than a hint of sadness that the future may spell the end of their centuries-old traditions. A unique and touching film. Produced by SIC TV
FULL SYNOPSIS
TRANSCRIPT