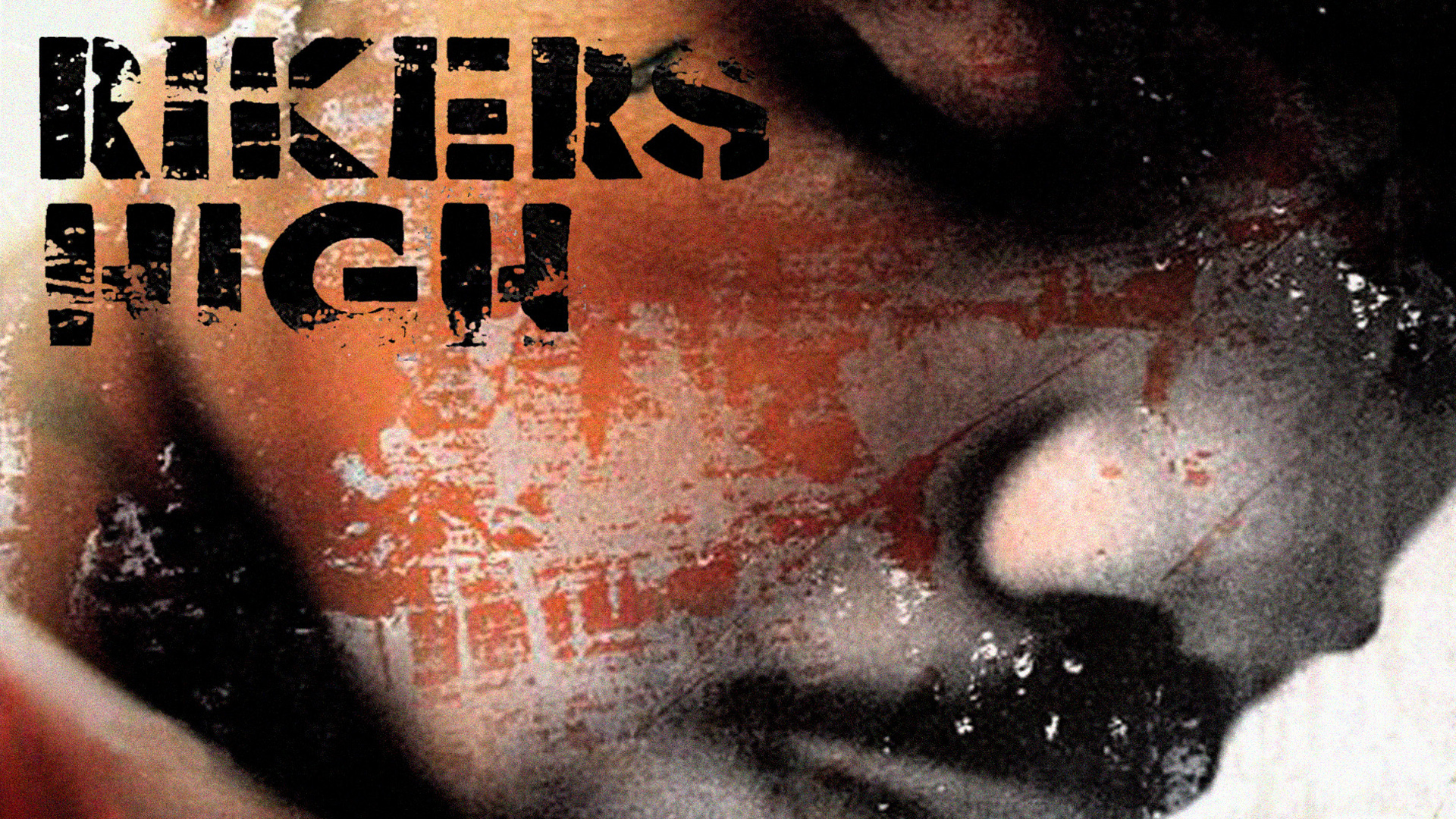 'Rikers High' follows a year in the life of three boys studying in New York City's most extreme high school. Lessons, poetry workshops and varsity sports all take place behind eight rows of ribbon fence. There are 2000 juvenile offenders at the infamous Rikers Island Prison. The Academy's hope is that education will lessen the shocking rates of recidivism. A strikingly honest, raw account of a teenage struggle for redemption.

'What's wrong with the creature?' asks a teacher in reference to Frankenstein's monster. Santiago, a troubled but surprisingly eloquent and perceptive young rapper replies 'His face is disfigured. He's not what you'd call...a regular human being. He's what we'd call a monster... you should never judge a book by its cover.' Santiago is serving six months for robbing a woman with a cigarette lighter shaped like a gun; 'I'm not crazy. I'm a normal kid. I'm just different from everybody else'. Andre lives in the make-believe world of a talented cartoonist - a place he escapes to when the real-world 'pisses' him off. With a history of mental illness, Andre calmly explains how 'people try to convince me I'm crazy.' He was convicted of arson after being hired to set an ambulance on fire in an insurance scam. Shawn's career advisor thinks he should pursue his love of philosophy. 'I just wanna be a bum and hold my knowledge in - what's wrong with that?' replies Shawn, sentenced to 12 months for robbing two groups of teens with a gun. Yet in the same breath he contradicts himself -'I want to go to college and study philosophy.' A teacher asks the students 'If you could turn back the clock - what's the one thing you'd change?' The answers portray a depth of regret - from the teacher and students alike. But this regret is offset by hope, particularly for Sean, who delivers a powerful speech when receiving his award for 'best student' - 'We must give distance to the drugs and the knives... from this day on our dreams we shall make real.' Sean is released and warned by the officers not to become another re-offending statistic - 'I'll know that when you come back, I'll be the one to fingerprint you, take your picture, and put you through the system again' one officer warns 'You understand that?' He is reunited with his mother and sister- 'It's gonna be okay now.' But in a telling contrast to this seemingly happy ending we see the well-mannered Andre - just turned 19 years of age - and promoted to the dubious honour of Rikers' proper - amongst the 11,000 adult criminals for which there is no way back. A riveting and emotional doc.

Victor Buhler . Martin Scorsese executive-produced Victor Buhlers fiction short Chaperone, nominated for an Oscar and winner of film festivals around the world. Victor has also directed television drama for the BBC and for Channel 4, and has worked with Doug Liman, director of The Bourne Identity. www.victorbuhler.net
Jean-Michel Dissard created Cicada Pictures, a production, distribution and development platform dedicated to hungry and innovative new filmmakers. In association with Studio Canal, Forensic Film and the Wild Bunch, Jean-Michel Dissard produced the critically-acclaimed Raising Victor Vargas by Peter Sollett. The film premiered at the Cannes Film Festival

One of the tragedies about jail in America is how systemized it has become. Someone who goes to jail as a teenager almost inevitably returns as an adult. We wanted to understand why. We spent a tremendous amount of time inside Rikers Island jail with a camera, no lights and a boom microphone. We saw how many kids start to adapt to jail either because they become confident of their status there or because they lose confidence in their lives outside. The school at Rikers tries to help  but often it felt as if it were a band-aid applied to a head wound.