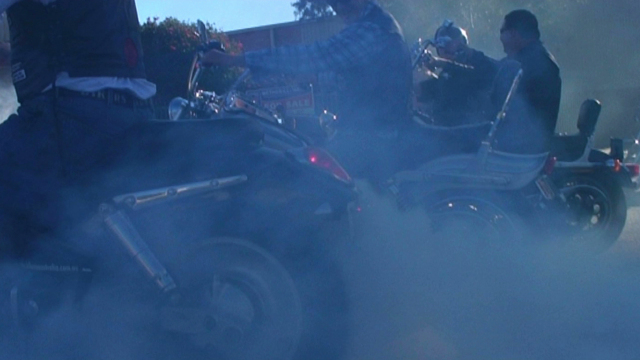 The Hells Angels illicit drug trade has reached every corner of the city of Vancouver. This organised crime has successfully become a multi billion-dollar business based on their fierce reputation.

Local communities are lacking faith in their government, blaming them for allowing these thugs to become so powerful. 'Why is it that the most open, known, brazen criminal gangs can't be put away?' With no dedicated policing, the families of victims feel that the criminals are prioritised over them, a feeling fuelled by claims that these thugs- turned-police informants have made deals with the law. 'We have promises for secret deals' says former drug dealer Jim Boivine. Journalist and activist Julian Sher has followed the rise of the Angels for over 10 years and believes a tougher more direct approach should be used: 'You can't strut around wearing your biker vests and your bikie patches and think you control our cities.' Over 100 members of the Hells Angels gang are now behind bars.
FULL SYNOPSIS
TRANSCRIPT