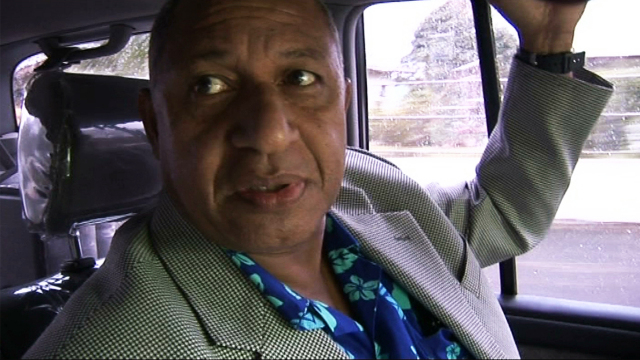 Fiji's Frank Bainimarama has been called a dictator and a disgrace. With the Commonwealth warning to suspend Fiji's membership if elections are not held by next year, what does Bainimarama have to say?

'I keep telling everyone a radical change needs to be brought in. And radical change cannot be brought in by some weak organization.' When Bainimarama seized power in 2006, he promised that elections would be held this year. But 3 months ago he announced he'd be ruling for another five years. Bainimarama denies being a dictator and believes that there has simply been ' a lot of misunderstanding by the international community'.
FULL SYNOPSIS
TRANSCRIPT