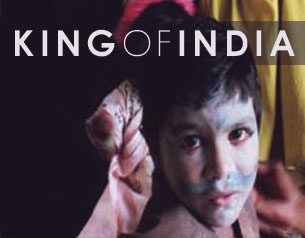 Nats - the traditional street entertainers of India - are Jack's of all performing trades. Follow their children down the chaotic streets of Kolkata as they act, sing and dance to pay off their parents' debts. Filmed over a six year period, this poignant documentary explores a poor family's desperate efforts to support themselves in the midst of a rapidly changing India.

"We've been doing this for generations" Ratan says defensively, explaining that the Nats have existed for over 2000 years. On the colourful streets of Kolkata, his children negotiate chaotic traffic, perform with painted faces on street corners and rattle their trays for rupees. Ratan and his wife would like their children to be educated, but without any government support, they've become dependent on them for survival. "What do we get if we put them in school? We will die of starvation!" Radha cries. The word 'entertaining' was instilled in the Singh children from birth. On a ritual family trip to the cinema, Radha explains the importance of Bollywood to her children. "They are all named after Bollywood films" she declares proudly. Her children can name all of the Bollywood stars of the age. Yet traditional education is almost non-existent. "I don't know my age" the oldest Julie admits sadly. This is a world where childhood has no place. "We have lots of debts" Ratan complains. Even though his family lives in a tent in squalid conditions, he depends on the rupees that his offspring bring home. But this income is transient, his children are growing up. "Jyotsna will get married after two-three years. After two-four years it will be Reshma. And then Raja..." Ratan says sadly. His daughter Julie is already preparing to leave home for a husband. Without the children, his future is uncertain. "The government has all kinds of schemes for the poor," he sighs, "But our village official says that we earn good money so we don't need any help." When Radha leaves Ratan, taking two of their daughters with her, his world is thrown into turmoil. "Even one's own enemies should not get such a woman!" he cries, his emotional loss rivalled by the rupees his daughters will no longer bring home from the street. "We are not enjoying it anymore" his children say "How long can this body keep performing?". Not knowing whether to turn to father or mother, the children are at least used to depending on themselves. "I feel angry when I see my mother. Why should I care for her if she doesn't bother about me?" Reshma declares. Gradually each girl grows into a young woman and finds a husband. Leaving Ratan with only regret to keep him company. "If our debts were paid I'd have put them in school", he sighs, reflecting on a world where he has to rely on his children to survive. An unforgettable, lyrical glimpse of the true victims of globalisation. LEARN MORE.
WATCH MORE.
JOIN THE DISCUSSION. 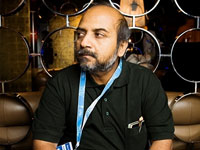 Born in 1961, Arvind Sinha is a science graduate of Calcutta University. He is one of the leading documentary filmmakers of India. He has won some of the topmost and most prestigious awards in the world for his films - in Leipzig, Bilbao, New York and Japan. Arvind Sinha has been awarded the prestigious National Award (Presidents Award) eight times in India - five times as director and three times as producer. This is the highest and most prestigious award for cinema in India. 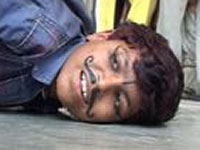 Arvind Sinha began planning King of India when he first spotted Raju Hindustani and his two siblings while shooting his documentary 'Journeyings and Conversations'. Sinha "wanted to come back and make a complete film on their lives and the distanced world they live in, deprived of the minimum needs of childhood".