Videos from the road less travelled 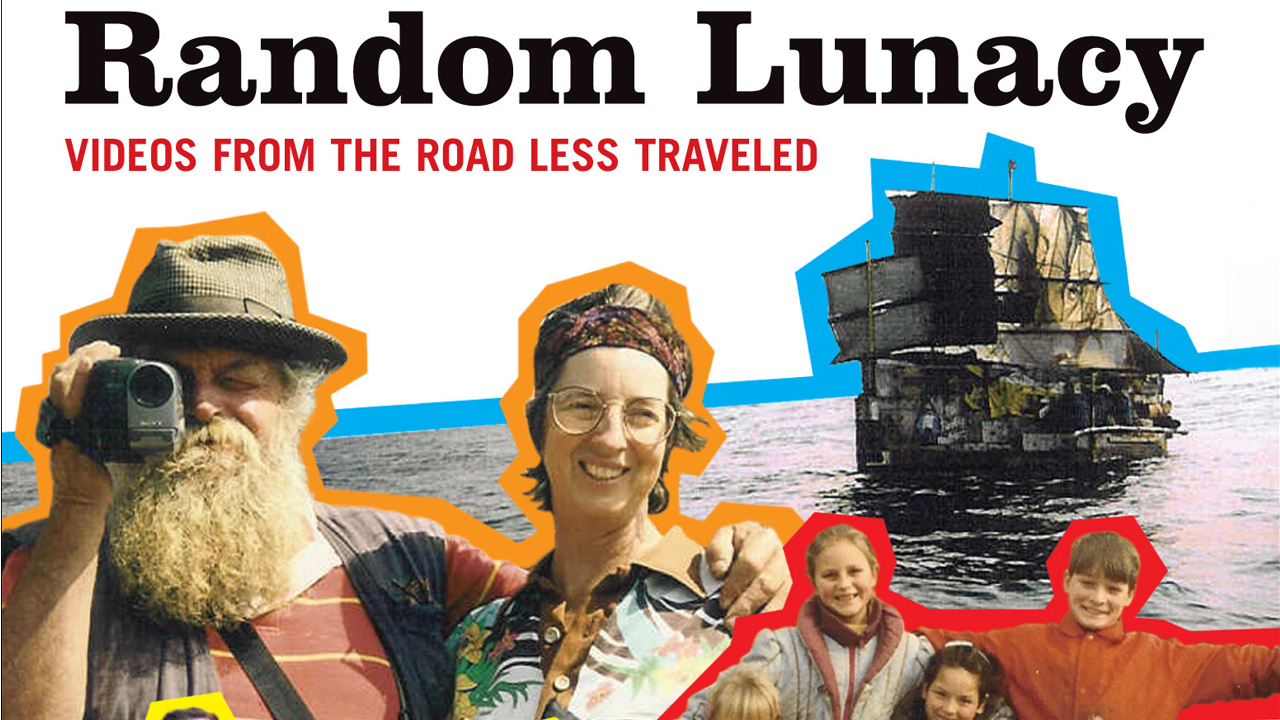 Poppa Neutrino always said that "rent is the thing that kills us". So he and his wife and 5 kids picked up some instruments and hit the road. The Travelling Neutrinos roamed from the USA to Moscow to Mexico. They slept on beaches, befriended circus folk and crossed the Atlantic Ocean on a raft made of rubbish. An exciting and astonishing portrait of an unconventional life.

"I was an only child, an illegitimate child, by a seaman named Pearlman..." says Poppa, preparing us for a life, which could be torn from the pages of an adventure novel. Poppa brought his children up "living in homes made out of garbage", and he was a man of extremes in all things."Safety was a lesson Poppa was determined to teach us", says Poppa's wife Betsy. And when Todd's mother left him crawling around on the family's makeshift raft, Poppa "picked up the baby and dropped him in the water". After a near-death experience Poppa knew that, more than ever, it was up to him to determine his own fate. So the 'Travelling Neutrinos' headed for Mexico. "We probably made about eight dollars a day", says daughter Ingrid, "we were dirty but we loved running around on our own". His fifth wife Betsy taught the kids up to a fourth grade education; "anything further than that they would figure out for themselves". When a parade of elephants and performers passed by one day, Poppa asked: "Can we join your circus?" "We fitted in great", remembers Marissa, though as Todd admits "when we finally did make friends we were always moving on". When Poppa Neutrino was asked to leave the circus, half the circus piled into a broken-down bus along with them. "I love the challenge of every day!", Poppa's daughter Jessica cried. But the reality was that, "there were too many of us and we didn't have enough to eat". "The raft is the way to go", declared Poppa Neutrino, "free of the landlord". For 2 months his family worked night and day creating a raft from pieces of garbage. "Sailing the Atlantic was probably one of the most extreme of Poppa's plans", remembers Todd. Torrential storms, 5 foot waves, sharks and the snail pace progress took their toll. "A freighter was about to cut this boat in half!" Betsy screamed. But after 60 days at sea, the Neutrinos saw land. "We have done the impossible!" cried Poppa. In Ireland, he was greeted with cheers of adoration. "Was it Nietsche who said - 'behold the superman'?" Poppa smiles, "nothing is achieved through moderation and prudence". Although all of his kids have now adopted conventional lifestyles, Poppa is adamant that "every member of the Neutrinos is spiritually and intellectually alive. It's been an incredible experience", he smiles as he and Betsy head out on the road again. A nail-biting, awe-inspiring ride. LEARN MORE.
WATCH MORE.
JOIN THE DISCUSSION. 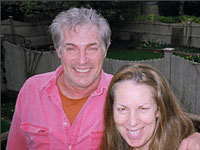 Award-winning veteran of film and television, Victor Zimet, teamed up in 1999 to form Home Team Productions with Writer/Producer Stephanie Silber, whose credits include documentaries for The History Channel and Court TV. Driven by a passion to tell stories about artists, their work reflects that sensibility, notably with Bravo Profiles on Cyndi Lauper and Robert Duvall, followed up by performance documentaries about musicians. 'Songs and Stories', is a portrait of Irish blues guitar great Rory Gallagher, and 'Black 47 at Connolly's' features the legendary 'House Band of New York City'. Festival favorite, 'Random Lunacy: Videos from the road less travelled', continues to travel the world, like its subject, Poppa Neutrino. 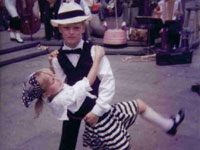 Twenty years ago, Vic Zimet, as if pulled by fate, came upon a family band called 'The Flying Neutrinos' in a Times Square Subway station. The family lived homeless by choice, often in trucks, buses, and home-made rafts. Hooked, Vic knew a film about this family was inevitable. Over two decades, the Neutrinos recorded their struggles. Even as they barely eked out enough spare change for food, they always had videotape, and their beat-up camera rolled. That footage, along with original material shot by Directors Zimet and Stephanie Silber, Zimets wife, combined to tell the epic story of a quest for freedom.