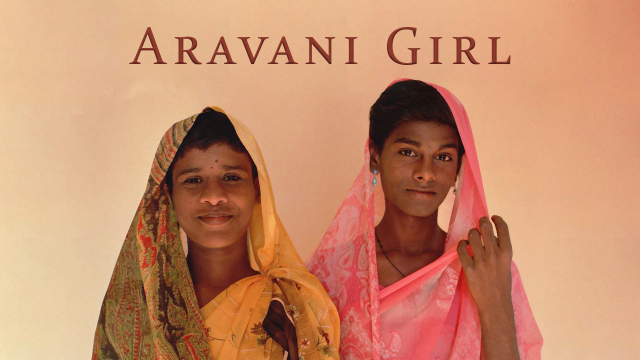 Sixteen year olds Palani and Karthik want to become 'ladyboys.' They're bullied in school and beaten by their families. Their parents would like to see them grow up as normal boys, but they're falling deeper and deeper into the world of the 'Aravanis'. Loved as dance performers but hated as homosexuals, their stories emblazon the inner conflicts of India's gender culture today.

In the ancient temple city of Madurai in South India, two brightly-coloured figures giggle as they experiment with cross-dressing for the first time. Sixteen year old Palani and Karthik are wearing saris from their sister's wardrobes. "I felt like a girl when I was seven years old", says Karthik, "now I find there are many like me!" he cries, his eyes bright. "I don't want to live a bad life", says Palani, who's had a first glimpse of the social exclusion that being an aravani means, "I worry about my future". The boys spend much time with the local aravani dance troupe, fascinated by their, at once glamorous, and marginalized world. "We adopt grandsons, granddaughters and children, and we live together", says Dharma, one of the dancers. "What do you want to be, Palani, male or female?" "Female", he says without thinking. But it's not as easy as an answer. Like many boys before him, Palani is shunned by his family for visiting the aravanis. The decision may be taken from Karthik altogether: "If they arrange my marriage, I'll marry", he says sadly, "if not, I'll be a ladyboy." "He talks like a woman, walks like a woman...", says Palani's mother, "the family tell me 'stop him doing this". "When I got a boyfriend they said 'go away! Come back if you change!" says Palani. Forced to leave school to work and ostracized by his family, Palani hangs around the market with fellow aravanis. "After the operation we can wear a sari and be treated with respect", says Kannan who plans to have a sex-change soon. As women, and as beautiful dancers, the aravanis are admired. At the village festival, the dance troupe's saris light up the skies. Local men vie for the attention of the dancers and first-time dancers like Ryapan can, for a short while, feel accepted. "I would dance when nobody was looking", says Stella, who is happily-married, "if you're a ladyboy, you can't change." It's a lesson every ladyboy must learn. "When I am reborn in the next life, I will be a girl and will marry your son", Viggy wrote to his boyfriend's mother, before hanging himself with his sister's sari. Now completely rejected by his family, Palani has turned to posing as a female prostitute to make a living. "Now I know how hard life is", says Palani, on his way to yet another dangerous encounter. "I don't want that life", says Karthik, "I'm good at dancing". A powerful story of the loss of innocence in a culture struggling to come to terms with homosexuality. LEARN MORE.
WATCH MORE.
JOIN THE DISCUSSION.

Award winning film editor Peter Spenceley has close connections with India. He and his wife, Sumathi, live part of the time in Tamil Nadu. Although used to spending many hours in the editing room, Peter is equally at home with cameras. His still photography has been featured in exhibitions in London and New York. Video and stills photographer M. Rajamani worked as assistant director on the film. His studio in Tamil Nadu was used as a base for the filming. 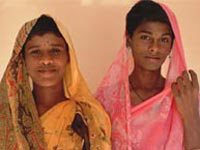 Shot over a period of four years, 'Aravani Girl' developed from a completely different story Peter Spenceley was filming about village life in India. Filming this project was a challenging task, as Peter is willing to admit: "several times we met ordinary village boys who had decided to become women. After filming a visiting folk dance troupe we were invited to meet Munnee Amma and members of the aravani community in Madurai. Palani and Karthik turned up one day out of the blue, and there we had our story. It took some time to gain the trust of the aravanis, but we wanted them to tell their own stories, and they soon understood that. We were able to get unprecedented co-operation, which is rare in the aravani community."