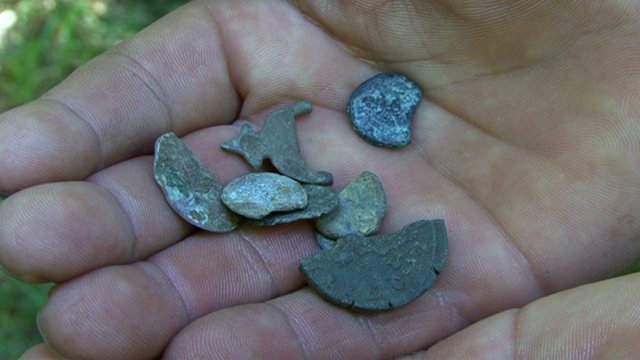 The land of Bulgaria was once one of the richest and most important centres in the Roman Empire. It's now a wasteland, plundered by illegal treasure hunters, fuelled by the black market museum trade.

"Anyone can get it, everyone knows about it," says one man who freely admits to being one of the 600 in his village who dig for a living. With no training and little care for historical pertinence, diggers like him do more harm than good. "You could say it is catastrophic because much of what had already been properly researched and properly preserved has been destroyed and damaged" says Gergov, an archaeologist. Bulgaria's government makes little effort to penalise illegal diggers and many say they have no other choice. Picking over Bulgaria's past may make these men a few dollars. But the loss to the country's heritage is incalculable.
FULL SYNOPSIS
TRANSCRIPT