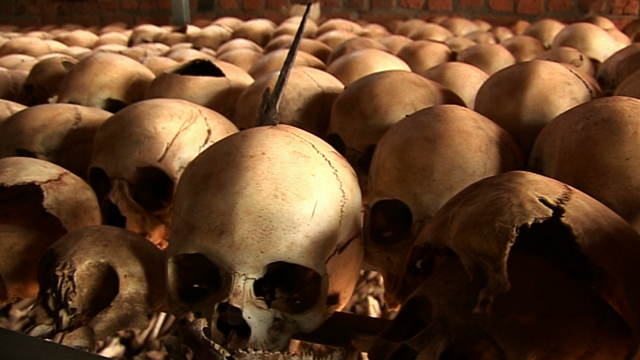 Rwanda's Gacaca courts have become a model for a peaceful society. 15 years after the genocide and with thousands of culprits sentenced by the courts, is Rwanda ready to surmount its tragic history?

At a Gacaca court in Southern Rwanda, a women accuses a man of "killing my husband and nephews!" Yet the main witness defends the accused: "I didn't see him until we came to Kabuga". The witness has been imprisoned for genocide killings himself but after repenting, he was granted early release. As a minority, the Tutsis knew they had to create a justice system, revolving around reconciliation. The gacaca courts have proved to be the answer: "We feel we should run faster, and get this country to greater heights" says the chief of police, "there is quite a lot we missed during the genocide".
FULL SYNOPSIS
TRANSCRIPT