You will never look at your car in the same way again... 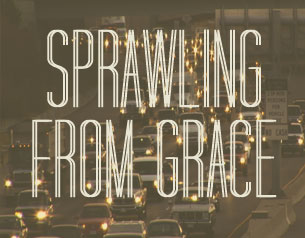 For as long as most of us can remember the car has been the embodiment of the Western dream. But with more than 250 million cars and trucks on the road, have we now become slaves to this freedom. How can we reverse the ravages of suburban sprawl?

When the car revolution was born, "They told us we were 'pathfinders', 'trailblazers', 'explorers' - venturing into the unknown". Fifty years later, auto-makers continue to define who we are: Commuters, with friends and family spread far, casual drivers, who drive short distances for errands. "If our consumption rates continue to increase", says former President Bill Clinton, "we'll be out of oil in 35 to 40 years. Living like Mad Max is not such a distant dream". "For decades the solution to congestion problems was adding a lane, or several lanes", says Peter Park, a manager of community planning. Adding lanes only leads to more congestion. Commuting time is reduced by one minute at best. "Most people's commutes have increased", says Katherine Perez, "people are driving further for work due to more transport links. More people are choosing to drive". "We can't build ourselves out of this congestion problem", says James Howard, new urbanist, "it addresses the very root of the American psyche". Not only are Americans a nation of car lovers but the neighbourhood is gone - people drive simply to go to the shops. "Many feel that we can weather the coming oil crisis in the same way as we did in the 1970's", says Randy Udall, from the academy for the study of Peak Oil, "yet back then three great oil reserves had just been discovered, now we're constrained on money, capital and time". But it's not just Americans who are oil guzzlers. China plans 65 000 miles of expressways. Right now only one percent of china's 1.3 billion people own a car. A one per cent increase in their consumption would have a devastating effect on global oil supply. "Car culture in the united states is a near disaster, it's a guaranteed disaster in china and India", says Randy Udall. As global competition for energy resources continues, it becomes increasingly important to re-examine our energy policies. Yet new plans for considerate city planning are being affected. "We need to rediscover the ability of public transport to guide future growth", says Peter Park , "we seem to have forgotten how to build cities". With more public transit stations there will be less dependence on expensive and unreliable foreign oil. "We have to fix the railways, we need to start producing more food close to home, we're going to have to change the landscape we live in", says James Howard, "now!" LEARN MORE.
WATCH MORE.
JOIN THE DISCUSSION.

Official Selection, Urban Suburban Film Festival "You will never, I repeat never, look at your car the same way again" - KUSA TV "As important a film as Al Gore's 'An Inconvenient Truth'" - KCUV AM "One of the most sobering films about the future... that I have ever seen" - ARTS A LA MODE 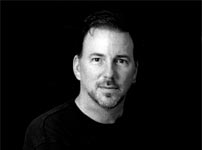 David M. Edwards is an award winning director and filmmaker.
After many years of success creating commercial and promotional media for such companies as Time Warner Telecom and US West, David decided to steer his career back to his original intentions. 'Sprawling From Grace: Driven To Madness' is his first feature film documentary.

"As a parent, I have so many concerns for my children. Their future is fraught with challenges we cant even imagine. We are handing our children an earth that is in the peril of global warming, a society that will have to grapple with diminishing resources, and a society that must struggle with our mistakes of previous investment. We owe them a grave apology. It is my wish that through this film I can awake the stewards in all of us to kindle a vision of hope. A vision of something we can be proud to hand to the next generation, something that will help to provide meaning to their lives, something sustainable that they may give to their children."