A happy ending to the terrible story of Mozambique's child soldiers who were kidnapped and taken away from their families. 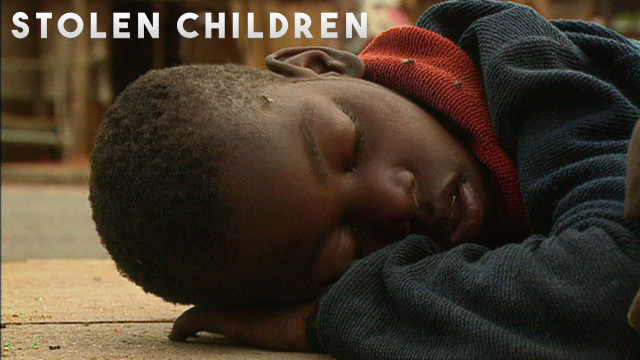 As Mozambique struggles towards democracy, thousands of people search for families torn apart during its long civil war.

The use of kidnapped children as fighters was a systematic practice by the South African-backed Renamo army. We follow Julio Bombi's journey to be re-united with his mother. Julio was 10 years old and asleep with his family when Renamo troops stormed their village, Malahase. Many villagers were killed, but the horror didn't end there. The soldiers dragged Julio away from his distraught parents. Renamo kidnapped up to 100,000 children. Known as 'killer machines', they became the most feared soldiers of all. When parents find their long-lost children, these hardened young assassins bear little resemblance to the children they lost. Interviews with the UN's head in Mozambique, the Prime Minister, and Renamo leader Alfons Dhlakama. We follow, through the eyes of the long-suffering population, Mozambique's desperate search for freedom for its kidnapped children. A film by Mark Stucke.
FULL SYNOPSIS
TRANSCRIPT