The Seeds of the Devil 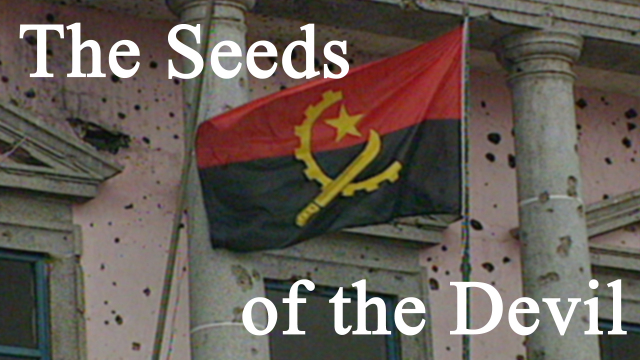 Landmines are disabling approximately two hundred people a week in Angola. It is feared that just as many die but the accidents often go unreported. Children are more vulnerable and are the least likely to survive an explosion.

They are taught a new macabre playground song: "If you find something and you don't know what it is, don't touch it because you could die". Sensitive questioning reveals the feelings of a generation of wounded children. Daniel is 12 and lost his legs when his friend picked-up a mine. He is lucky - his other 4 friends died. Many kids suffer to walk with the artificial limbs. Antonia cannot bear to use her cumbersome prosthesis. She lives her life between the yard and her bedroom, swinging on her arms to get from Place to Place. A peace-time army of mine-clearers try to clear the fields so people can get on with cultivating desperately-needed food. But it's slow work and for every landmine that's cleared somebody somewhere is laying another deadly mine. Produced by SIC TV
FULL SYNOPSIS
TRANSCRIPT