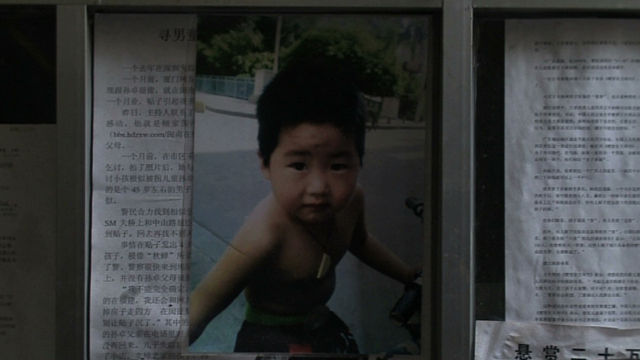 Tens of thousands of children are abducted and sold on the black market in China every year. Reluctant to tackle or even acknowledge the issue, Chinese authorities offer no support to desperate parents.

"I watch them every day", says Mr Sun looking at CCTV footage of his son moments before he was kidnapped. "Children have become commodities for buying and selling." Like thousands of Chinese families, the Suns have received no support from the police and are continuing a desperate and risky search on their own. Parents like them are viewed as troublemakers. "How dare you question the government?" the police shouted as the parents took part in a protest. The government does not openly acknowledge the issue. According to Amnesty International, "statistics at the provincial level or the national level on child trafficking are classified as state secrets". Many blame the country's one-child policy: with parents often relying on sons to look after them in their old age, boys will sell for as much as $6,000.
FULL SYNOPSIS
TRANSCRIPT