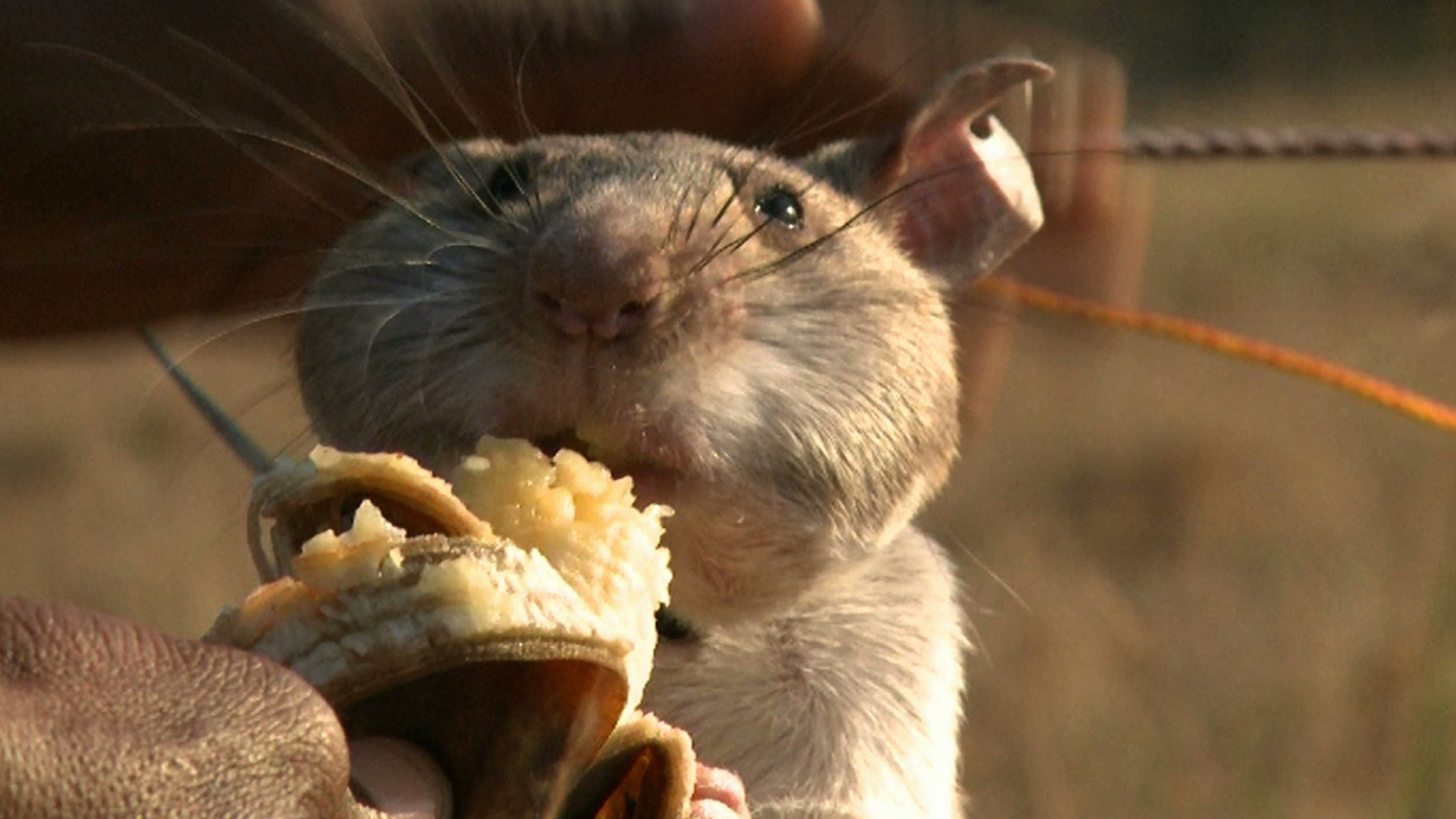 After decades of civil war, and years of work clearing up after it, Mozambique is slowly moving towards being declared free of land mines. All thanks to man''s unlikely new best friend: the rat.

"Rats have been used for the detection of explosives for many years. There were experiments using laboratory rats back in the 50's" says this NGO worker. Near a village, a de-mining team is sent on a suspected minefield. Too light to detonate the mines, the rats are also able to smell them out in any weather. "I'm confident about their work. I trust them completely", says Cerveza who trained his rats for two years. They scratch the ground to indicate the location of the explosives before their human colleagues take over the risky job. Soon, the villagers praise the furry heroes as two live landmines are safely detonated. But the work to clear the area has only just begun, "For a task like this, we would expect to take about three or four weeks."
FULL SYNOPSIS
TRANSCRIPT