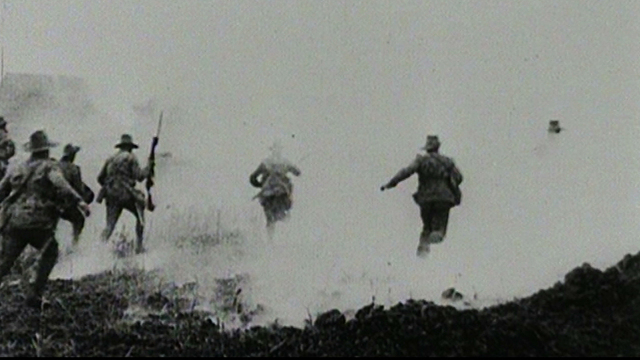 Hundreds of dead lie in a mass grave at the centre of one of the most savage battlefields of WW1. It's a £3 million project to unearth combat graves and return the dignity denied the fallen in 1916.

"They were dropped off and put into the pits". Now, thanks to amateur advocacy and commonwealth dollars, digging up and identifying the bodies through DNA analysis has begun, setting an expensive and complex precedent. But the biggest task remains, finding the many thousands of soldiers who lie forgotten and abandoned.
FULL SYNOPSIS
TRANSCRIPT